I grew up swimming (distance freestyle and butterfly) and transitioned to water polo at Dartmouth College (Class of 2002).  I started running during my last year of law school at Emory (Class of 2005).  After ankle surgery in 2005, I bought a bike for cross training and participated in my first triathlon, the Niantic Bay Sprint in August of 2006.  Since then I have raced in over 50 events including eight 140.6 races. I currently focus on long course racing and and half marathons and 140.6 races are my favorite events.

In addition to racing, I am a coach and race director for Sonic Endurance.  I am a USAT Level 1 coach and a USMS level 2 coach and work with athletes of all abilities.  I race direct the Greater Hartford 1/4 Marathon, Solstice Sprint 5K and Hogsback Half Marathon and have raised over $70,000 through these races for the Blazeman Foundation, Farmington Village and Library Association and Running for Rescues. In 2017 we added the Retro Run 5K to schedule to aid in our fundraising efforts through the Ironman Foundation in support of the Adirondack Medical Center.  We hope to raise $10,000 in advance of Ironman Lake Placid.

My “day job” is as an employment litigator at McCarter & English  in Hartford, Connecticut.  I represent employers and management in state and federal courts and before administrative agencies in cases relating to discrimination, sexual harassment, wrongful discharge, unfair labor practices, breach of contract, wage and hour law and virtually all other aspects of employment law. I have a special interest in wage and hour law (especially as it applies to endurance sports events) and in trade secrets and non-compete cases, particularly those involving misappropriation through social media.

In 2016 I gave birth to our amazing, funny, ridiculous daughter Ivy.  I currently occupy the role of mother to Ivy, Abbey (our dog), Willie, Flurf and Poof (our cats) and to #OwenOtter and all of his otter friends.

I grew up with a passion for sports, despite having a knack for none of the ones that I wound up playing: baseball and basketball. In fact, one of my front teeth is held together with superglue, bondo, and a prayer from a line drive mishap that effectively ended my younger athletic days. It wasn’t until college and losing over 80 pounds that I found my love for running and triathlon. Because I’m either all in or all out, both of my first events in those respective sports were large undertakings: Boston’s Run to Remember 13.1 as my first running race, and Revolution3 (now Challenge Family) Quassy 70.3 as my first triathlon.

I attended Emerson College for undergraduate studies, where I earned an Associated Press award as part of WERS-FM‘s now defunct sports talk show “Sports Sunday.” I graduated from the University of Maine School of Law, where I took particular interest in sports and entertainment law. My passion for sports bled into my career, as I am a veteran of the specialty running and multisport retail industries; I worked for a decade for companies like City Sports, Maine Running Company, and Revolution3. Currently, I work in search engine and social media marketing for a wide variety of clients.  In addition to racing, I coach a handful of athletes and am in process of earning my USAT and USAC certifications. 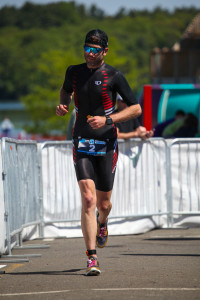 Your parents came over the other day and your Mother suggested I check out your blog. You are terrific! You know I always loved you and your attitude and drive. You are such an inspiration. I bet if I was on your team I wouldn’t be stuck in my chair and in my house.
Love to you, Aunt Joan

I know everyone’s struggle with body weight/self image is different but I feel your pain. The things I’ve learned from my body battle are life is precious and listen to my body. Whenever I tune out from all the voices that serve as static, I can hear my body pretty clearly. The first thing it told me was “never say diet” and that “it’s not about body weight but about self hate”. The second part was very hard to hear and even harder to accept. Once I listened to my body, I learned to love myself. Trite (and treacly) but, for me at least, these lessons have proved to be very true.

Fellow Dartmouth grad lawyer who started running in law school! Only I was mostly inactive prior to that… Great to find your blog!

Do you have an update on the Lieberman v. CGI case?

Case in state court is scheduled for trial in November of 2017.