I’m having a blogging issue.  I start writing a post, I put in the pictures and then I let other things get in the way and never finish it.  I do most of my writing in my head while running (I compose lots of briefs this way as well).  The problem is, even though I have a completed piece in my head, I need to take the time to physically type the words out on the laptop.  So, better late than never, here is my post on Tulsa. 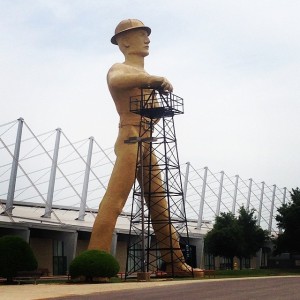 A week and a half ago I flew to Oklahoma for the very first time to take two depositions in Tulsa.  When I travel for work I am often alone, so I like to take time to explore the city.  Tulsa was no different.  Generally speaking Tulsa is really interesting.  It sprang up like a mushroom during the oil boom of the 1920s and into the 1930s and then froze in time.  All over the city there are gorgeous examples of art deco, arts and crafts and WPA style architecture.  Tulsa’s beautiful buildings were never ripped down to make way for concrete behemoths in the 1960s and 1970s so it has a certain charm about it (it actually reminds me at Savannah, New Orleans and rural small towns in New England — all of which make you feel as if you are taking a step back in time).

While Tulsa may feel like a place in the past, it has a fantastic forward thinking approach to recreation.  Tulsa has 26 miles of paved dual land running and biking trails (pictured above) along the Arkansas River (pictured below) maintained by the River Parks Authority.  The trails are wide, wells marked and have specially designed lanes for runners and cyclists.  I generally refuse to ride on “bike paths” because of the dangers of riding around pedestrians, but in this case I think I might actually be able to ride my bike on the trail.  The were only two draw backs to the trail.  First there are a lot of homeless people.  More so than in any other city I’ve recently visited and tun in (New Orleans, Nashville, House, Boston and New York).  I don’t know that there are actually more people than in these other cities, perhaps the problem was just more visible here but it seems like Tulsa has a lot of people who may need some help.  Second, runners in Tulsa were not friendly.  They weren’t mean but they did smile or nod or say hello when our paths crossed.  When I approach runner I always try to make eye contact and smile.  In Tulsa my fellow runner just looked down. 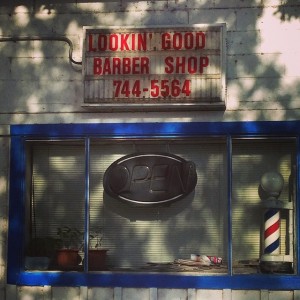 The other random issue unrelated to running is that I met some interesting people.  After my deposition on Thursday I decided to walk back to my hotel along the river trial.  Once off the trail I had to walk up a side street to get the hotel.  The side street was lined with really cure WPA style houses, most of which appeared to be completely unmodified.  I thought they were pretty so I took out my phone and took a few pictures. As I was doing this a worn in a massive Escalade pulled over and started screaming at me and accusing me of casing the houses in the neighborhood.  I informed her I had no obligation to answer any of her questions and that the “information” I was collecting could easily be found on Google street view.  She proceeded to start taking pictures of me as “evidence.”  At this point I handed her my business card and told her to have the police contact me if there were any issues.  It was a rather disturbing experience. 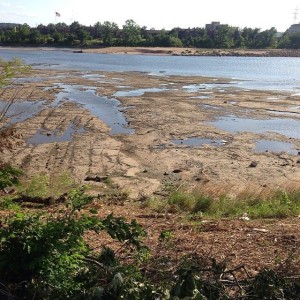 In addition to exploring along the river trail, I also got into the car (a Mazda 6) and did some driving.  I drove about 50 miles west on Route 66 (yes, that Route 66) and took the obligatory tourist pictures.  I do, however, really love the sculpture entitled Easts Meets West that sits next to the Arkansas River Bridge. 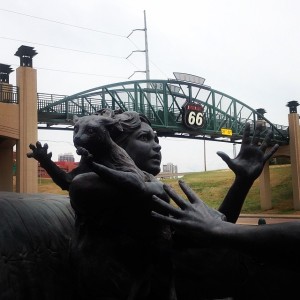 In my journeys I also discovered my very own town about 30 miles outside of Tulsa — Kellyville.  Less than 1 square miles and population of fewer than 1,000 residents.  I’ve always felt that I lived in my own world and I consider this to be definitive proof that that worlds exists.  Now all I need to figure out is how to turn it into my own personal fiefdom. 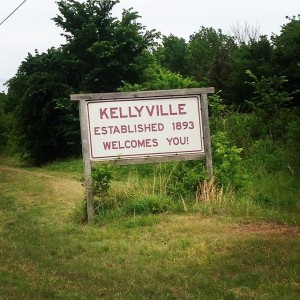 Now that I’m back from Tulsa, I have a another two weeks at home before I leave for a week in Louisville, Kentucky (Loo – ah – vul).  I haven’t been there since Ironman Louisville in 2008 and I’m sure it will be interesting to re-live the memories. 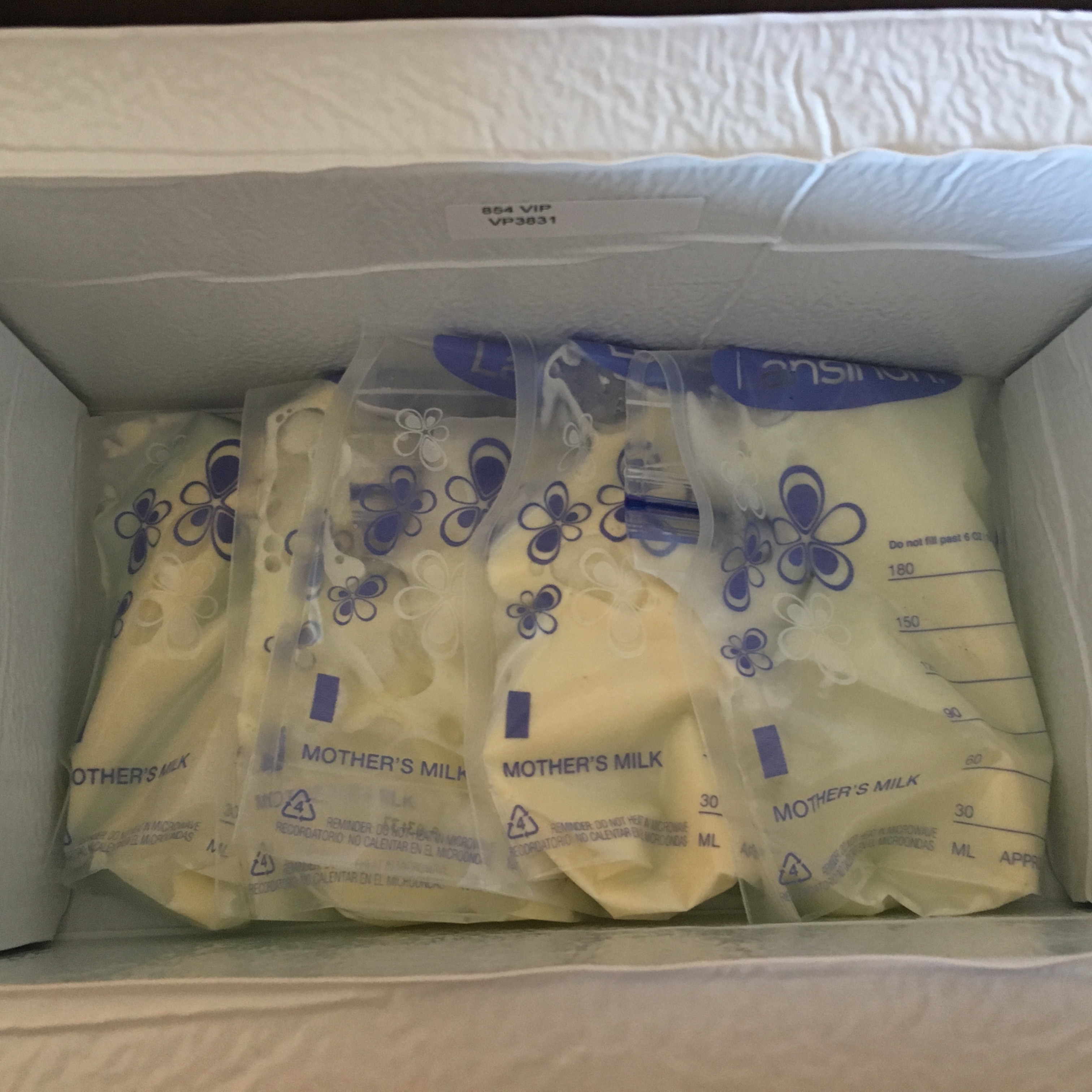 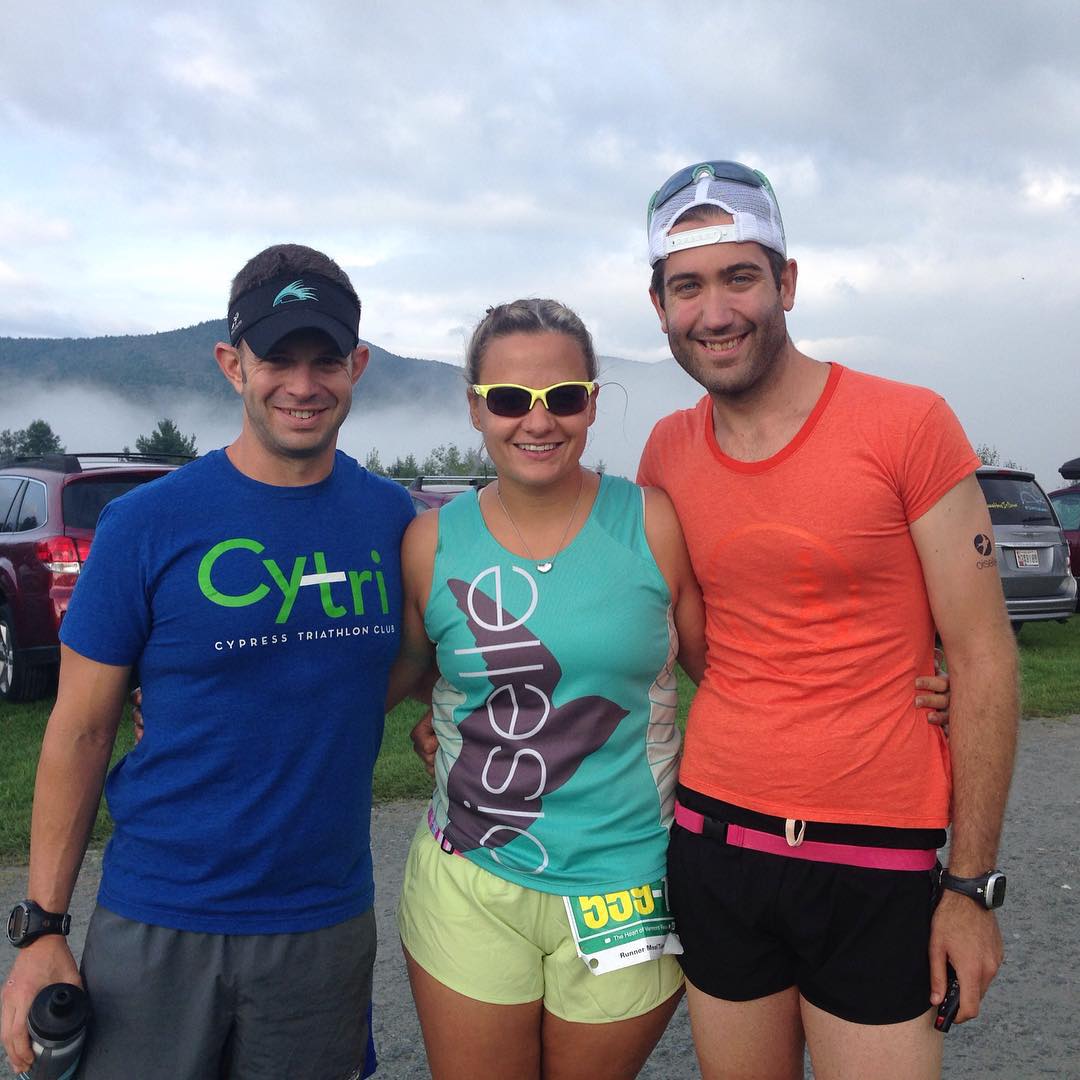 Sometimes I get a stupid idea, a really, really, really stupid idea.  After Ragnar Cape Cod, Ryan and I were experiencing a massive post-race let down.  Ragnar had been so much fun that we Read more…