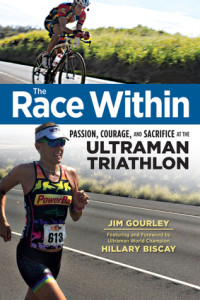 In a world where triathlon has become big business and it seems like global brands such as the World Triathlon Corporation and Challenge Family are announcing new races and venues on a weekly basis, Jim Gourley, the author of The Race Within, explores whether a race can succeed by clinging to its roots and values rather than embracing rampant commercialism.

Gourley’s answer to this question very much depends on how the reader (and the athlete) define success.  Through meticulous research and readily accessible prose, Gourley guides the reader from the inception of the Hawaii “Ironman” in 1978 through its growth in 1980s under the watchful (if at first unwilling) eye of Valerie Silk to the purchase of the race and the brand by the World Triathlon Corporation in 1990 and its subsequent exponential growth.  Gourley not only documents the history of the Hawaiian race but also the ethos that developed around Ironman branded racing.  Characterizing what WTC and Ironman branded events have become Gourley accurately surmises:

Even though WTC events cost hundreds of dollars more, people were willing to pay for the chance to cross the line at a “legitimate” race.  A large portion of the faithful were of the opinion that if you didn’t do an Ironman Ironman, then it didn’t count.  WTC had succeeded beyond its wildest dreams.

Gourley then contrasts the corporatization of Ironman in the hands of WTC with the birth of Ultraman and the Ultraman World Championships (a 3-day race featuring a 6.2 mile swim and 90 mile bike on day 1, a 171 mile bike leg on day 2 and a 52 mile double marathon on day 3), which shares its home with the Ironman World Championship on the island of Kona.   Instead of looking to grow as big as possible as fast as possible, Ultraman and its caretakers focused on the Hawaiian principles of ohana (family), aloha (love) and kokua (hospitality) and limited the field to 40 participants chosen in large part based on character rather than credentials.  Gourley, through extensive interviews with Ultraman board members, race directors, participants (including a focus on 2013 race when Hilary Biscay claimed the world championship) and would be organizers of Ultraman events, weaves a story demonstrating that adherence to principles is not always easy or without conflict as the pressures of growth and modernization impact Ultraman.  As would be race director of “Ultraman New Zealand” told Gourley:

Someone is going to come along with some dough and put together some ultra-distance triathlons, because that’s what next.  Thirty years ago, there were only 15 people doing Ironman.  Today there are hundreds of thousands.  And out of that number there’s a large group of people looking for the next thing.

Despite the obstacles and conflicts, it is clear to the reader that “there’s a right way, there’s a wrong way, and  the Ultraman way” and the Ultraman way is very special indeed.  So special that in the course of reading The Race Within I decided that my goal for 2016 will be to complete Ultraman Florida (if I am lucky enough to get in).  Regardless of whether you have completed an Ultraman or are just thinking about your first sprint triathlon, The Race Within provides a fantastic history of the sport so many of us love.

This quote is so true: Even though WTC events cost hundreds of dollars more, people were willing to pay for the chance to cross the line at a “legitimate” race. A large portion of the faithful were of the opinion that if you didn’t do an Ironman Ironman, then it didn’t count. WTC had succeeded beyond its wildest dreams.

Because that’s exactly why (among other reasons) I didn’t consider anything besides a WTC branded race. I want my $700 ironman backpack and other branded stuff. It sounds so lame, but it does play a big role in doing it. Of course, it doesn’t hurt that I am 20 minutes away from CDA so it made it the obvious choice for racing. But still… it’s true. And the ironic part of me is that I am completely opposed to ever racing a Rock N Roll series race because I can’t stand the fact that they’ve become a race controlling conglomerate. Yet, I will do a WTC Ironman because… brand. Despite everything I see wrong with the way that it’s run.

This sounds like a really interesting book!! Thanks for sharing and reviewing!!

nice book i have to look into it. i know a few of my freinds did one in VA area I think for an ultraman/ultrawomen. i just looked it was USA Ultra Tri Triple Iron race 1 did and the other not sure i think it was quad iron race but i could be wrong. kind of insane. happy training 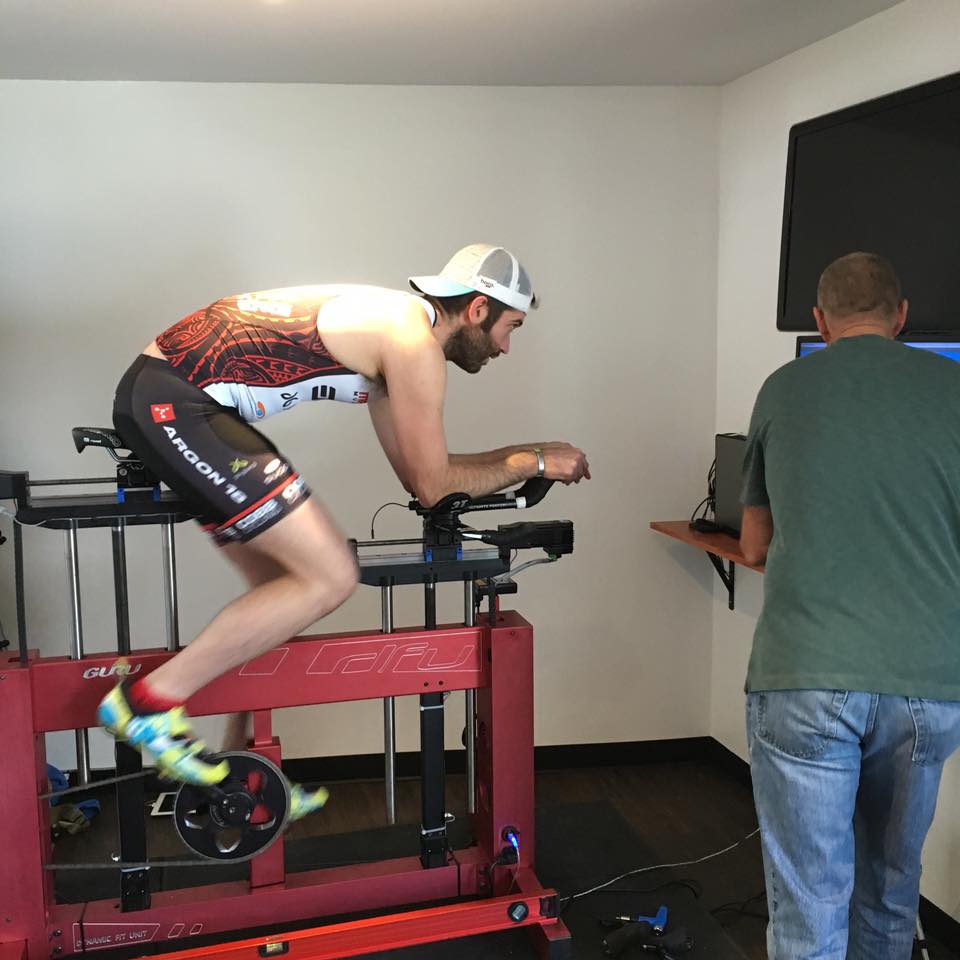 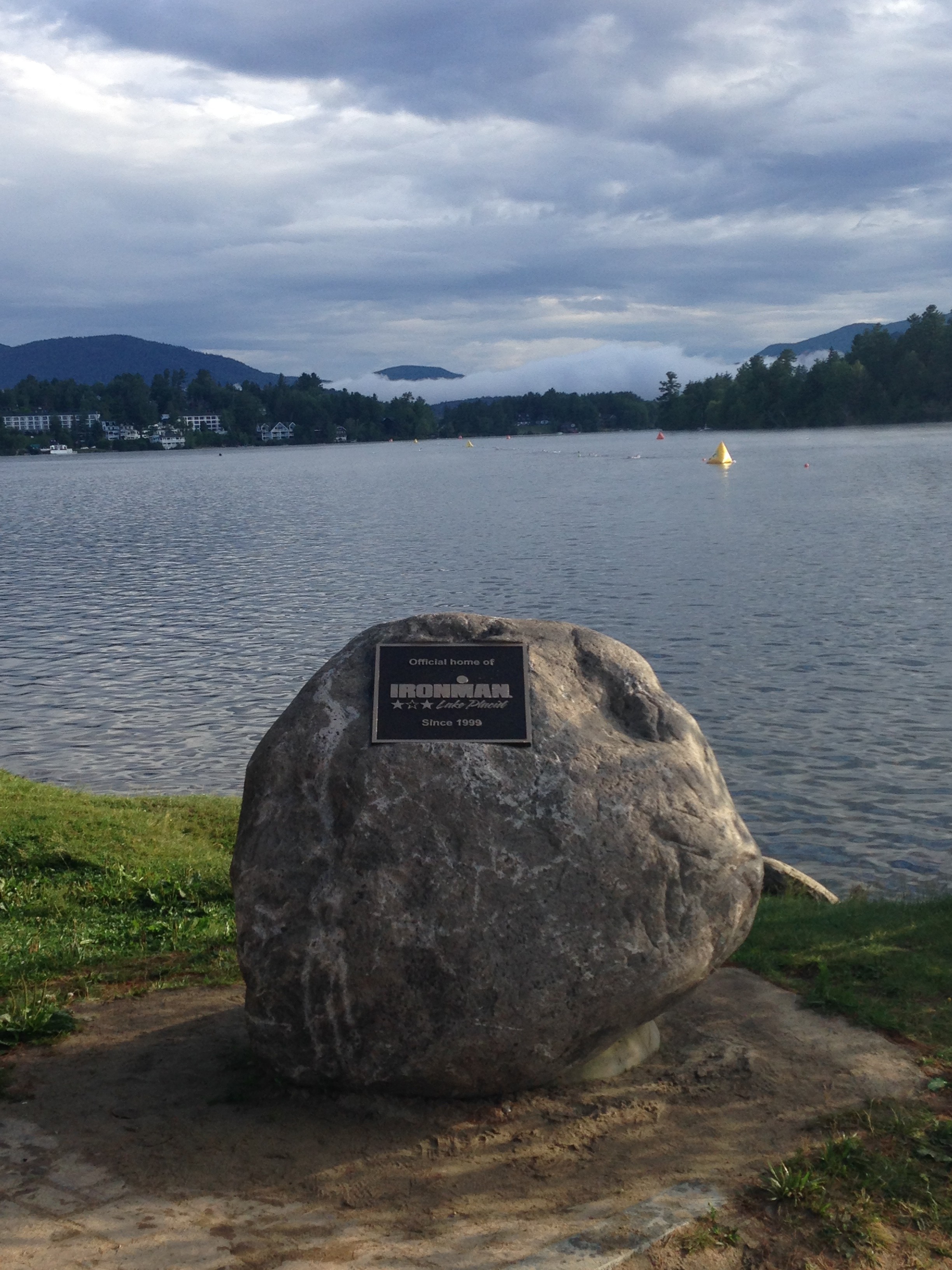