In the debate about #50WomentoKona there have been allegations that those in favor of equality are acting “uncivil” in expressing their frustrations and that they are “bullying” Ironman and the World Triathlon Corporation (“WTC”) — I have no idea how you “bully” a multi-million dollar corporation.  Setting aside whether or not vocal supporters are indeed “uncivil” (Kelly O’Mara has an excellent blog on The Case for Incivility), WTC’s actions also need to be considered as part of the conversation.  While WTC has been largely quiet on social media (one notable exception being the interview Andrew Messick did with the IMTalk Podcast), their actions behind the scenes speak louder than any tweet, meme or blog post.

Let me explain.  Ironman Texas, taking place in the Woodlands, Texas on May 16, 2015, is the Ironman North American Championship.  This race is a big deal.  Both the professional men’s and women’s fields are large and deep.  It just so happens that several members of the TriEqual Board of Directors will be racing, spectating, reporting or volunteering at Ironman Texas.  Because of this TriEqual decided to focus on Ironman Texas for our first “in real life events” including a happy hour, distribution of swim caps and tattoos, an on course cheering station and a meet and greet the afternoon before the race (who doesn’t want to meet Rachel Joyce?).

The first place that came to mind for the meet and greet was the Waterway Marriott Hotel — its centrally located, easy to find and, as a Marriott Gold Elite member, I generally like holding events (and accruing points) at Marriott properties.  I put in an on-line event request and was called back by the Senior Catering Sales Executive.  She let me know that she had space available and we decided to book the restaurant at the Waterway Marriott from 2 p.m. – 4 p.m. on Friday May 15th and to do a sweets table and iced drinks for approximately 50 guests.  Total cost of the whole event would be $18 per person plus tax and gratuity.  The booking was made under my name and “TriEqual.”

After orally confirming the event, I received an email from the Senior Catering Sales Executive saying that she had just learned that “all events involving Ironman participants or their families need to be cleared by the organizers of the Ironman event.”  She then contacted Ironman for approval.  The response was swift:

Unfortunately, Ironman has not given approval for your proposed Meet & Greet to be held in the Marriott.

In addition she forwarded me an email from Erin Erickson at Ironman stating:

Due to this event being the North American Pro Championship, we will have several last minute request from sponsors.  Many of them are staying at the Marriott and will be looking to host functions.  Therefore, this is not an event we can accommodate as we are trying to fulfill the needs of our staff and National Level Partners.  I hope they understand.  Please let me know if you have any further questions.

I have been advised that the Ironman organization will not be releasing any of the space.

Doesn’t matter if the space was booked or not, TriEqual wouldn’t be allowed to use it.

So the responses went from “We have space” to “Ironman needs to approve” to “Ironman can’t approve because a sponsor MIGHT want to the space” to “Per Ironman, there’s no way you’re getting the space.”  I wonder what would have happened if I just tried to book a birthday party or baby shower?  Because I used my name and TriEqual’s name, Ironman exercised their size and sizable pocketbook to prevent TriEqual from having an afternoon tea in a corner of a hotel restaurant. Just because Ironman declines to respond on social media doesn’t mean that their tactics are “civil” or that they aren’t engaged in “bullying,” just in a quieter way. 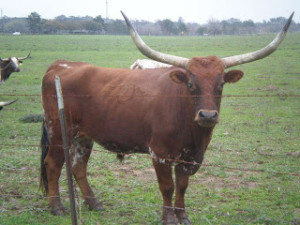 As in passive aggressive! Can’t believe this.

I find this very interesting because I’ve done a lot of events in hotels. So I know my way around a hotel contract and even a city-wide convention deal. In my experience it’s pretty common that competitors will try to book space in a hotel during your event. They want to have access to the same audience and piggy back on your event.

It’s an old trick which is why the event planners are on the look out for it. If it matters to you they will most likely have to pay what you were willing to pay for the event to keep it empty.

It is in your best interests to always be up front and not sneak around. I once had a competitors event cancelled as they set up when they had booked under an alias. So they had to pay for everything and they were embarrassed on site in front of their clients.

Ugh. I wish I could say that I am surprised at this. Dick move, Ironman.