Note: This is part of our recurring series on the financials of the Ironman Foundation. To see our previous work on the subject, click here. 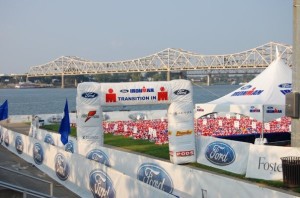 It is the fall, which means it is time for 501(c)(3) organizations to release their prior year tax returns. Form 990s are generally required to be publicly disclosed by October 15th. As anticipated, the Ironman Foundation released its Form 990 on time.

There have been many questions that we have had over the past few years worth of analysis. Those issues have included:

Has the Foundation addressed some of these concerns? Let’s review.

The largest donations in 2014 went to:

One of the biggest changes from prior years of the Foundation financials to the 2014 Form 990 is the in-depth explanation of the programs and how funds will be used.

First, the documents specifically state that for grants under $10,000, they are left to the discretion of Executive Director Dave Deschenes. Grants above $10,000, including the ones mentioned above, require the approval of the Board of Directors. Additionally, instead of funds being labeled for General Use, funds granted are named to be used to”Support Specific Charitable Programs.” This means that those receiving the grants must use the funds as designated by the Foundation; the Foundation monitors the use of funds through direct contact with the organizations. Funds not used for the appropriate purpose are required to be returned to the Foundation.

Secondly, the question of enurement is in part answered by the sale of WTC to Dalian Wanda. However, the Foundation did have a large board changeover during the 2014 calendar year. Deschenes remained; however, Steve Johnston became president; Carola Ross added secretary to her position as treasurer; Andrew Messick is no longer chairman. All of these members were either WTC or Providence Equity Partners employees/ownership; however, this would now likely change at this point with the new ownership.

Lastly: there still is no answer with regard to the $2.5 million loan between the Foundation and WTC. However, WTC does owe the Foundation $372,000 as of December 31, 2014. Time will tell if we do get an answer on this.

I have to tip my cap to Dave Deschenes and their preparing firm of CliftonLarsonAllen. They have done an excellent job filling in the gaps with reporting that we had asked for on nearly every topic. Although the question of the loan remains, I believe that Deschenes has worked hard to clean up the Foundation’s financials.

interesting thank you for looking into this