Last week Rev 3 and Challenge Family announced a merger whereby all Rev 3 races would become Challenge Events beginning in 2015 (in reality it looks more like an acquisition by Challenge of Rev 3, I’m guessing no actual money exchanged hands and that Challenge simply assumed Rev 3’s debt).  This merger was met with lots of enthusiasm by professionals and age groupers alike.  I agree with the general consensus, the move has a lot of promise for long course triathlon in North America.  I’m sure both sides of the merger are getting lots of unsolicited advice right now, but I thought I would offer my own two cents worth of advice on how to thrive in the North American market.

1.  Pay the Professionals.  It was no doubt a sad day for triathlon when Rev 3 announced that it would discontinue professional prize purses.  The lack of professionals at Rev 3 races greatly changed the character of the races (Rev 3 Quassy was eerily quiet this year) and appeared to also influence registration numbers.  Pros add huge value to long course racing, they bring excitement, media and sponsors.  All good things for the sport.  Early press releases have indicated that the newly acquired Challenge races will pay pros and I hope those early indications are true. 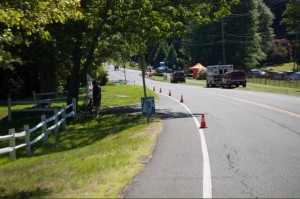 2.  Be  Smart About Pro Prize Purses.  Challenge/Rev 3 should not just throw money at pro races, that’s been proven to be a non-starter (in fact part of the stated reasoning for Rev 3 discontinuing prize money at races was that it put up $125,000 at Quassy and was unable to attract a deep field) , they should allocate their prize purses in such a way as to draw the best possible pro fields.  What does this mean in practice?  Rather than trying to compete head to head with WTC / Ironman, they should have bigger purses at races where there is no WTC / Ironman competition.  WTC / Ironman recently announced drastic cuts to the number of races that would offer professional prize purses in the U.S. and Canada.  In 2015 only 6 WTC / Ironman races will offer professional prize purses and KPR points.  Challenge now has 11 races in the United States And Canada.  Here’s how the schedules line up:

If I were running Challenge/ Rev3, I would put big money on weekends where there is no competition from WTC / Ironman and shy away from head to head battles.  For example, I know Challenge has put a lot of time and effort into Atlantic City, but in the new KPR points climate, it is going to be tough to attract a solid professional field when there are so few opportunities for KPR points and one of those opportunities (Coeur D’Alene) is on the very same day as Challenge Atlantic City.  No matter how big of a prize purse Challenge allocates for Atlantic City, many “Kona Level Pros” or aspirant “Kona Level Pros” are going to be forced into racing Coeur D’Alene.  Conversely Quassy is hanging out between Texas and Coeur D’Alene with no real competition from WTC/Ironman and Cedar Point has a big chunk of the calendar all to itself, why not put some big money there? 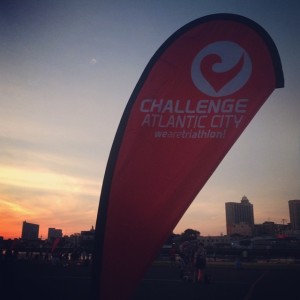 Atlantic City is a great race but it probably can’t compete with Coeur D’Alene (yet).

3.  Offer Professionals Real Value (Other than Prize Money).  I would love if every pro who entered a race not only had their entry fee comped, but also had all their travel expenses covered as well.  I know that’s not going to happen (with the exception of those few pros who receive appearance fees), but I think that Rev 3 / Challenge should continue to do their best to help pros with travel and lodging.  Things like home stays, car rides to and from airports and publicity opportunities (more on that in #4) make a world of difference to professional triathletes who may not be rolling in cash.  Plus having a contact person who can help arrange these things (and who actually responds to requests from pro athletes) can really help facilitate bringing together a deep field.

4.  Help The Pros Help Themselves.  In many races, pros show up for races, race and leave.  That’s not a bad thing, but when you have access to pros at a particular site for days, its a wasted opportunity to “just” have them race.  In all cities and towns in which Challenge / Rev 3 races take place there are myriad opportunities to give the pros (and the race) positive exposure.  Why not work with the pros to have them make appearances at schools / YMCAs / Boys and Girls Clubs on the Friday before the race to talk about racing.  Its awesome press for the pros and the race and it helps expose young people to the sport.  On the appearance front lots of these races are patronized by members of tri clubs.  Why not work to connect tri clubs with pros for things like pre-race dinners or post-race beers?  It is as simple as connecting people.  The more ways you can connect the pros (and consequently the race) with the local community, the more support and positive publicity for both the pro and the race.  Seems like a win-win. 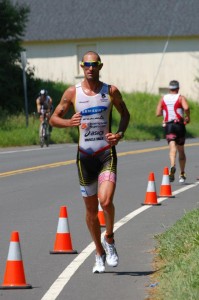 Pros are awesome. If you help them, they will come.

5.  Create a Championship Race.  This is a big one.  WTC / Ironman holds so much sway over long course triathlon because it holds the keys to Kona.  A championship race is a huge draw.  I think Rev 3 learned that you can’t just christen a race a championship and have people come (they tried with Knoxville, and Knoxville is a good race, but it isn’t Kona).  I think Challenge is trying with Challenge Bahrain (and yes, the $500,000 prize purse is awesome), but a a championship race is more than a prize purse, its needs that something special, that je ne sais quoi.  In long course triathlon there is one race that rivals Kona and it happens to be owned and managed by Challenge — ROTH.  Turn Roth into a championship race for both pros and age groupers.  Having a championship race will create repeat “customers” of both pros and age groupers and will provide a unifying force between what now are somewhat disparate races. Plus Roth sells out in seconds, so Roth slots at Challenge / Rev 3 races would be coveted.

6.  Get the Back of the Pack on Board.  When I ask people why they choose to race WTC / Ironman races instead of Rev 3 / Challenge, the most frequent response I get is that they’re a 11, 12, 13, 14, 15 or 16 hour finisher and they don’t want to feel alone on the course.  They have a point.  WTC / Ironman races boast 2,000+ starters (not that this is always a good thing) while there were 281 starters for the 140.6 mile race at Rev 3 Cedar Point last weekend.  If Challenge / Rev 3 want to be successful, especially at the 140.6 mile distance, they need to attract these middle and back of the packers.  I don’t know what the answer is to attracting these athletes, but it is an issue that needs to be addressed.

7.  Keep On Keeping On.  Rev 3 and Challenge both have somewhat cult like followings in North America because of the attention they pay to the athlete experience.  Sometimes when you grow really quickly its tough to stay true to your roots.  No matter what changes Rev 3 / Challenge make, they need to remember where they came from and what made them such exciting races in the first place. 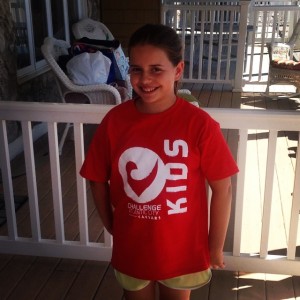 Keep on doing everything that makes Challenge and Rev 3 special.

I enjoy reading your well-written posts. A couple of comments/questions. You include North American IM races Whistler and Mont Tremblant, but left out Challenge Penticton. Also, you include Challenge/Rev3 half’s. Does IM not offer prize purses at their 70.3’s? Just wondering what the calendar you made would look like with more of the options shown. Particularly as some of the 70.3’s have been Kona qualifiers (for age groupers, at any rate).

sue, I forgot to include Penticton. My bad. With regard to WTC/Ironman 70.3’s, jsut as many 140.6 distance races lost their prize purses / KPR points, so did many 70.3 races (and as an aside there are no longer any 70.3 race that offer Kona slots to age groupers — I believe St. Croix was the very last one of that kind). From the professional perspective 70.3 races offer limited KPR points (usually 500 points for a 70.3 compared to 2000 for a 140.6) so they don’t drive individuals the way 140.6 race do. In addition 70.3 races cannot be used as “validating” races for individuals who have an automatic qualifier or enough points from Kona to essentially serve as an automatic qualifier.

Interesting and thoughtful. One thing though, Challenge Penticton (August 30, 2015) was missed. 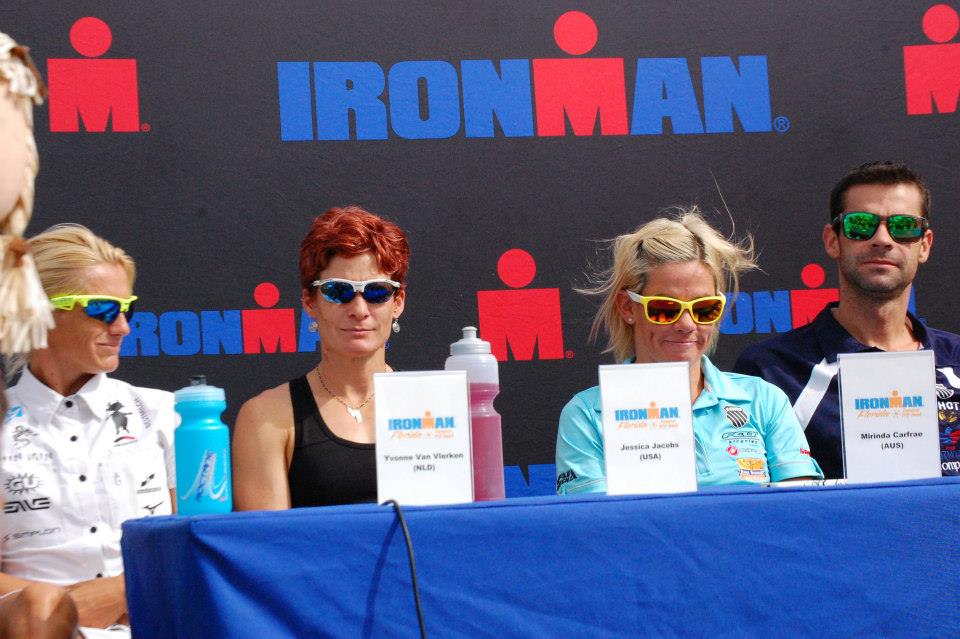 The Professional Triathlon Union: A Union in Name Only

Note: Ryan Heisler and I collaborated on this piece.  When reading please remember this is a general overview of how United States labor laws would likely apply to the Professional Triathlon Union.  Without more specific information it Read more… 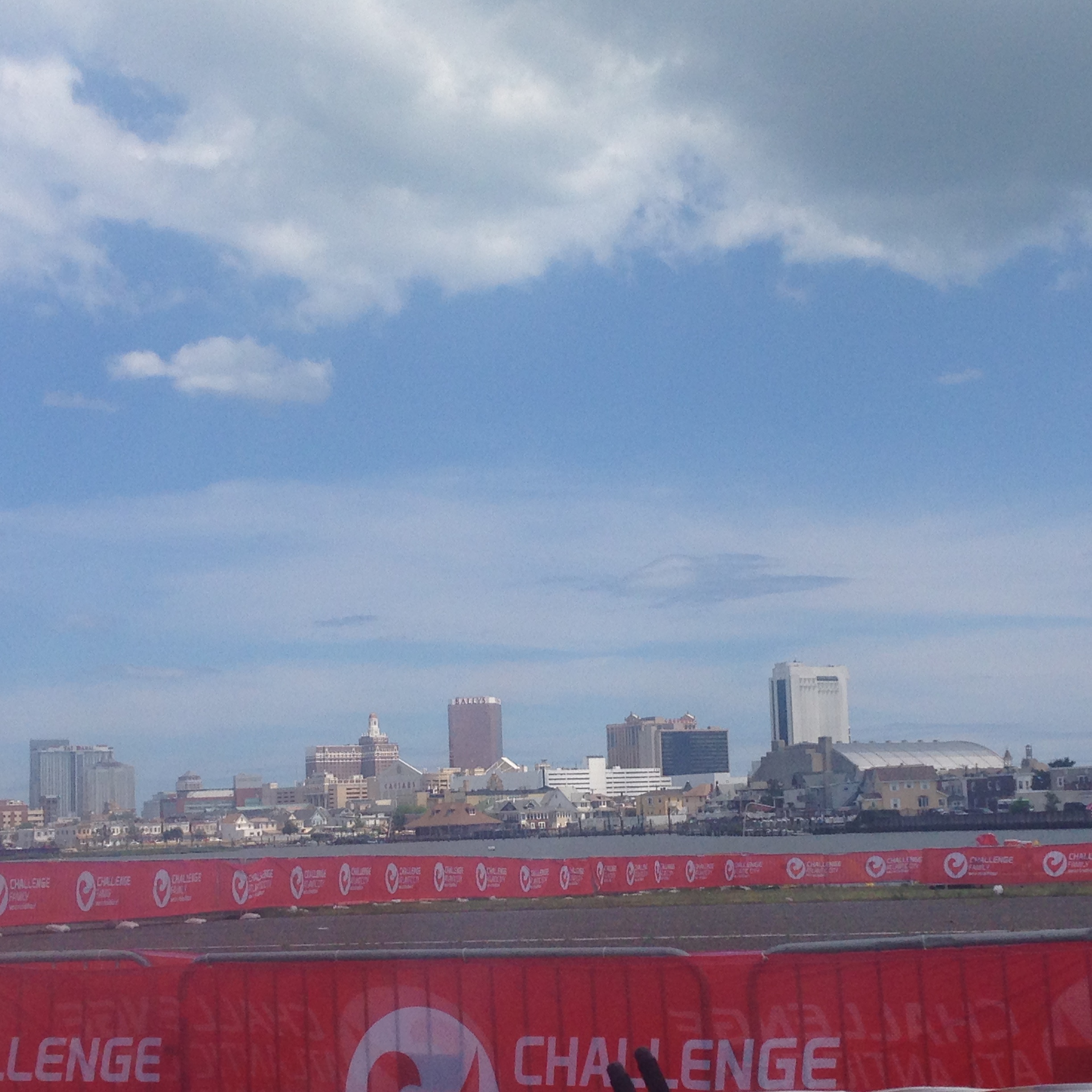 If I Ran The World – Challenge Atlantic City

As many of you know I raced Challenge Atlantic City last weekend.  I also participated (and crashed) in the race in 2014 and after the race I wrote a blog about my thoughts on how Read more…

Just over one year ago my Challenge Atlantic City ended in the hospital rather than at the finish line. Since that crash there’s been a bit of tumult in my life — both related and unrelated Read more…