Back in December / January I thought it would be a really great idea to run Ragnar Cape Cod at 25 weeks pregnant.  I mean, how hard could it be?  I’d take a set of sort legs and coast through 13 ish miles easy.  Yeah, I was not bright.  After a first trimester filled with nausea, vomiting and a massive amount of weight gain, I finally started running consistently again around 11 or 12 weeks (early February).  I hung around 10-15 miles a week for most of February, March and April and really started to feel good again in the last few weeks.  I’ve even been swimming and doing strength work and (shocker) the plan is to get on the trainer this weekend.  That being said, I was incredibly nervous as Ragnar approached.  I was signed up to run legs of 3.3, 4.0 and 5.8 miles and the miles combined with fatigue of traveling all week (Louisville and Minneapolis) and lack of sleep made me nervous.  As this is my first time pregnant, I’m not the best at understanding how easy or hard something it going to be (see e.g. trying to get out of the pool after a swim is incredibly hard), so here are some things I learned from our weekend running adventure: 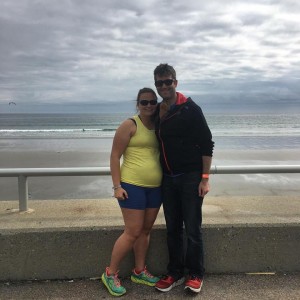 Ryan and I before the start. 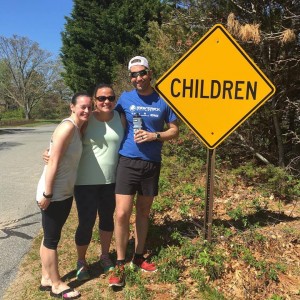 With Amy and Ryan, my run supervisors. 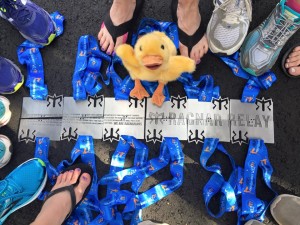 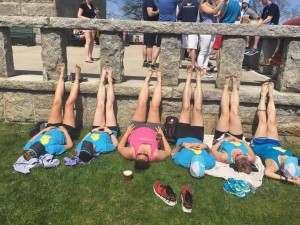 Legs up (I have to be different and wear pink). 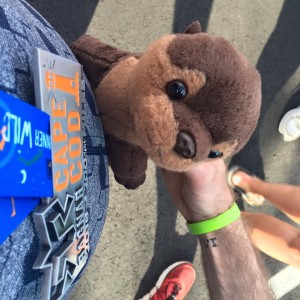 This was year three of Ragnar Cape Cod for me and I hope to be back next year (in faster form) for year four.  Up next for me is the BAA 10K on June 26th.  I’ve proven to myself that I can do Ragnar at 25 weeks pregnant, now I need to see if 10K at 32 weeks is also a possibility.