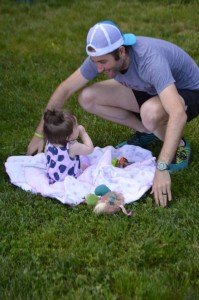 On June 7, 2017, Ryan and I race directed the 11th annual Solstice Sprint 5K.  Traditionally the race took place on the third Wednesday of the month.  In 2017 we decided to move it for a few reasons: (1) to longer compete with a 5K in Ansonia; (2) to move away from conflicts with graduations and other end of year school celebrations; and (3) to potentially serve as a 5K for the Greater Hartford Girls on the run program.   Unfortunately for us after announcing the race date, clearing our permits and opening registration  Fleet Feet announced its “Big Run” for Global Running Run.  Our local Fleet Feet scheduled a 5K for the exact same date and time 5 miles away from our race — not good. 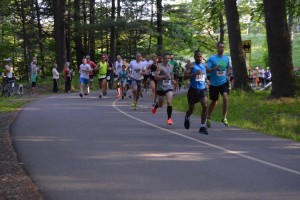 Because of the scheduling issue we were a little behind the eight ball from the get go.  Pre-race registrations were depressed.  To add to the impact of the Big Run competition Ryan and I were both a little burnt out after the Retro Run 5K.  Race directing and training and Ivy and full time jobs sometimes gets a little over whelming (ok, oftentimes gets a lot over whelming).   We were late in ordering shirts, thankfully Ryan had the brilliant idea of using red shirts so we only needed a two color screen, and we were running behind on our social media push.  Part of what makes race directing hard is the unknown.  We have to plan and pay for our anticipated number of runners.  Things like shirts, bib tags, food, water and even awards are based on how many runners we expect.  With low numbers there was a lot of guess work involved — how many people are actually willing to run a Wednesday night 5K and how many of those people would chose our race over a big national event?  For a while Ryan and I discussed whether this would be the last year of Solstice. 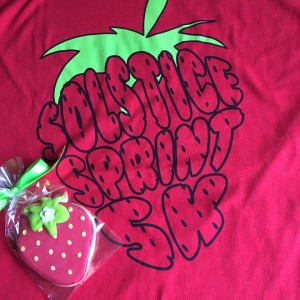 As race day approached our numbers started to improve (hooray).  We ticked past our break even point and had 150 or so pre-registered runners by the day before the race.  I usually do all the baking for our races (rice krispie treats, golden graham treats, brownies, cookies, cupcakes and home made strawberry shortcake for Solstice) but I was concerned enough about numbers that I bought some extra goodies from BJs.  The day before the race involved the usual rush — praying the rain would stop, writing names on bibs, emailing participants, ensuring we had enough volunteers, shopping for water melon and strawberries and packing the cars to the brim.  Solstice is too small to justify renting a truck and our poor CRVs get stuffed full to make sure we have everything. 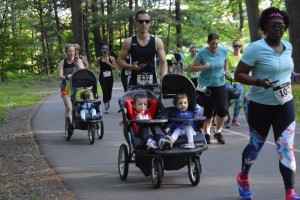 Race day came and the weather was gorgeous.  Clear skies, low humidity and temperatures in the low 70s.  My usual fantastic crew of volunteers arrived to help — marking the course, slicing water melon, filling cups at the finish line and aid station, unwrapping awards, checking runners in and assisting with timing.  Our races cannot (and would not) happen without volunteers and we can’t offer enough thanks for everything they do.  Once registration closed we were just under 200 registered runners (although all of them didn’t show up on race day), essentially the same number of runners we had in 2016.  Even with the new competition and rough start, we had a successful race. 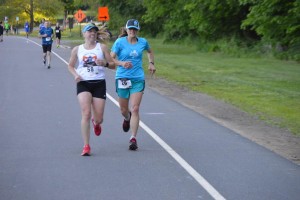 When all was said and done we raised $1,011.62 for Girls on the Run Greater Hartford and put on a nice event.  Solstice is never going to be as big as Hogsback or the Quarter Marathon but its nice to put on a low key 5K that helps out a great local organization. 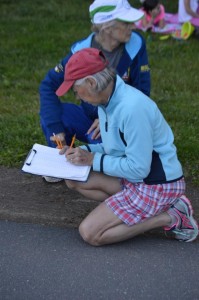