Yesterday I was cleared to begin training again by my OB.  I would love to report that I’m in good shape and rearing to go, but unfortunately there’s an 800 lb gorilla in the room — the amount of weight I gained trying to get pregnant and during my pregnancy.  In September of 2015 when I had my IUD removed I weighed about 175 lbs.  Over the next three months I steadily gained weight.  I have to believe the reasons for the weight gain were two fold — the removal of the IUD and the emotional aftermath and decrease in training following Owen’s passing.  By the time we conceived in late November my weight was up to 195 lbs.  I actually had to purchase a second dress for our wedding in December as the dress I had purchased in August no longer fit.

Starting in the first trimester I began to gain about a pound a week despite dealing with a fair amount of nausea and vomiting.  The weight gain continued throughout my pregnancy resulting in a gain of 40 lbs.  At the time of delivery I weighed in at 235 lbs.  After giving birth I was hopeful that weight would come off quickly.  No such luck.  Two weeks post-partum I was at 215 lbs.  Over the next four weeks that number didn’t change despite eating well (about 1800 calories per day) and walking a total of 112 miles during the month of September.  As I sit here today, ready to start training again I am officially obese and need to lose 40 lbs to get back to where I was when this process began a year ago. 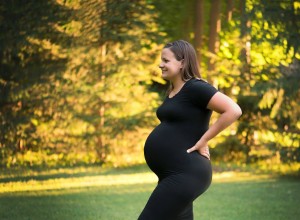 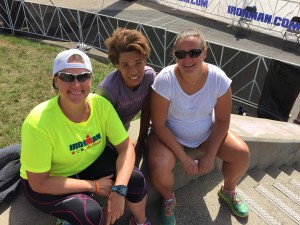 As tough as it is to see enormous numbers on the scale, its even tougher to deal with my feelings of anger and jealousy.  I have heard too many times women stating how they were back to pre-pregnancy weight two weeks after giving birth, how they were able to start racing as soon as they were cleared by their OB or how they were able to just pee out the weight in the weeks following pregnancy.  On the other hand I no longer recognize pictures of myself because I have gotten so large. While, as Emily Yoffe has stated (better than I ever could) jealousy is an “emotion of subtraction, posited on the false sense that the good things in life are a finite resource,” it is one that I struggle with on a daily basis.  Why can’t this be easy for me too?

The weight is made even worse by the fact that Ivy is a slow grower.  Over the first month of her life Ivy couldn’t get back to birth weight.  After weekly pediatrician appointments and visits from the lactation consultant we learned that Ivy has a tongue tie; because of it, she cannot effectively stimulate my milk production to the point to be able to produce enough milk for her.  With formula supplementation over the past few weeks, Ivy has started to rapidly gain weight and is now 2 lbs above birth weight.  While I am ecstatic that she is growing, it doesn’t lessen the sting of another failure related to my body. 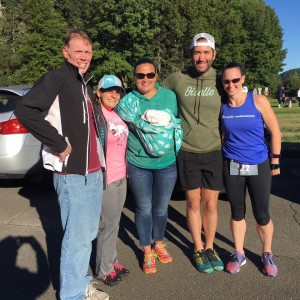 One month post-partum (good clothing choices and baby positioning make all the difference).

Where do I go from here?  In a lot of ways, more of the same.  My OB is having my thyroid checked (just in case). In addition, I’m working to completely clean up my eating, re-distribute my macros to support training, continuing to try breast feeding Ivy and starting to train.  I’m hopeful that maybe, just maybe, things will come together for me and the weight will start to come off.  In the meantime I’m trying to mentally adjust to the fact that the person in the mirror and in photograph is actually me. 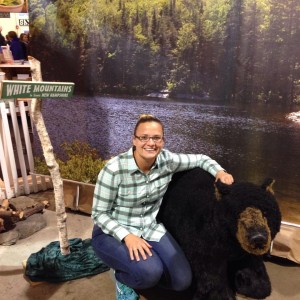 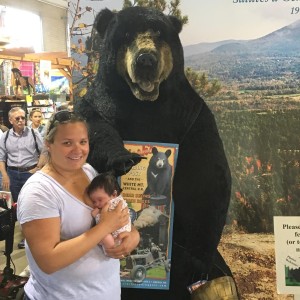 Sending you so much love and support. I could hug you. I feel your pain. BUT! You can do this. You will get back to the version of yourself that makes you happy and makes you proud – and it may or may not be the same woman who you were before and that’s ok!! You define your own happiness. I also have PCOS, and I am so very lucky to have 2 sweet babes (3 pregnancies). I was in great shape when I got pregnant. Lost every bit of muscle after my first trimester as I was just exhausted from progesterone injections. On top of losing all muscle, I gained a lot of weight. Losing the weight after my first baby was hell. Both pregnancies I lost a significant amount of hair. I had a terrible time trying to nurse. I was depressed during and after pregnancy. My husband was worried about me as he’d never seen me like this. But I finally told myself I needed to focus on what I could control and focus on the amazing things my body has accomplished and WILL accomplish. Going back to a paleo/whole 30 diet made all the difference. I truly believe that’s why I’ve had such good luck getting pregnant. Post pregnancies, it was such an uphill battle staying on track with my health on top of the new responsibilities of parenting (and I still struggle with diet because, let’s be honest, cheese/carbs/wine just taste way too good to say no) but gosh darn is it just great when you get over the humps – when you meet your goals. I am a happier person when I am the healthiest version of myself. The healthiest version of myself may not be what I weighed pre-pregnancy, and I’m finally cool with that. Good luck doll. ❤️❤️