Since the inception of the Kona Points Rankings (“KPR”) in 2010 for the 2011 World Championship race (and with the recent tweaks to the system that eliminate P-1000 140.6 races and increase Kona to a P-8000 race) more and more pros are foregoing immediate post-Kona downtime in favor of participating in a late season race to “validate” their Kona slot for the next year. 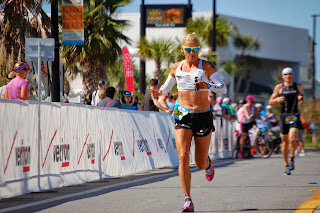 The way the KPR system works is that 140.6 races are worth varying amounts of points.  Kona is worth 8000 points, the regional championships, which take place in Mont Tremblant, Melbourne and Frankfort are worth 4000 points and every other 140.6 race is worth 2000 points (it should be noted that athletes receive points only for racing in World Triathlon Corporation (“WTC”) races, a great performance at a Challenge or Rev 3 race does not help an athlete qualify for Kona).  70.3 races licensed or owned by WTC are worth between 500 and 3000 points.  For women to qualify for Kona they must be ranked in the top 35 of all professional athletes based on KPR points (for men its the top 50).

In 2013, WTC adjusted the distribution of points essentially rewarding individuals who place in the top 10 at Kona, top 5 at regional championships and top 3 at all other races.  Because Kona is worth so much more than any other race, a top 10 finish in Kona virtually guarantees that the athlete will be in the top 35 of the KPR points rankings.

Here’s the points breakdown from the 2013 race in Kona:

Linsey Corbin’s 3100 points for 10th place are likely enough to qualify for Kona, but an athlete must also complete a “validating” 140.6 race to secure her Kona slot.  This validation requirement ensure that the best athletes participate in additional WTC races during the year, but it also can hinder an athlete’s preparation for Kona as racing a 140.6 race takes a toll on the body.  The trend over the last few years has been for athletes who place high at Kona to participate in a late season 140.6 races such as Florida, Arizona or Cozumel so that they can spend the next year focusing on Kona.  This strategy worked well for Mirinda Carfrae in 2013.  After Kona in 2012, Carfrae participated in Florida, validated her Kona entry and then spent 2013 focusing on Kona, which she won and set a course record.

In 2013, 5 of the top 10 female athletes raced a late season validating race.  Carfrae and Yvonne Von Vlerken raced Florida (Von Vlerken won Florida in very convincing fashion), Meredith Kessler and Michelle Vesterby raced Arizona (placing second and third respectively) and Rachel Joyce raced and won Cozumel (note Western Australia is on December 8, 2013 but none of the top 10 ladies are scheduled to race).  These five women now hold 5 of the top 6 slots on the KPR ranking and can focus the entirety of their 2014 seasons on Kona.  The other five ladies — Liz Blatchford, Caroline Steffen, Cait Snow, Gina Crawford and Linsey Corbin must all race a validating race in 2014.

While the sample size is small, I am very interested in seeing how the decision to race a late season validating race impacts performance at Kona in 2014.  My suspicion is that more and more athletes are going to jump on the late season bandwagon making Florida, Arizona and Cozumel increasingly popular races with top level pros. 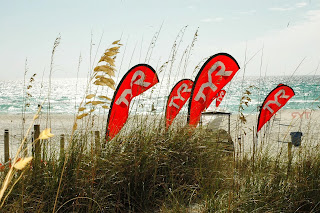 If we assume that this trend is stacking the field at the late season races and leaving early season races much more empty, I wonder what the WTC thinks of this. I would not be surprised to see them alter the points per race to reduce the number of points you get for Florida, Cozumel, and Arizona.

Why fewer spots for the women than the men??