I’ve spent the past 6 or 7 since weeks since Florida doing a whole lot of nothing but as 2014 gets closer and closer, I’ve started to think about (and plan) 2014. I’m not a person who plans tons and tons of races.  Races take a lot of physical and mental energy and racing too much takes away from building towards the goals that are really important. 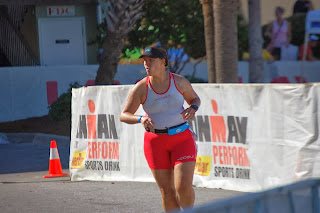 For 2014 the two big races for me are Challenge Atlantic City and Ironman Florida.  For those who don’t know about the Challenge Family, I’ve written about them here.  My goal is to get to the start line healthy, well trained and mentally prepared to give it my all but underneath there’s also the number goal that I’ve been chasing after for a while — I want to go sub 11 hours.  It is not unattainable (maybe I should state that in the positive, I can go sub sub-11).  In 2011 I went 11:26 at Florida and if you add together my three best splits –my 2013 swim (1:12), 2012 bike (5:48 with a 4 minute penalty) and 2011 run (4:06) — you get 11:06, which is getting close.  I know it won’t be easy and I know it requires going an hour faster than I did in 2013 but I truly believe its doable and I have two chances to make it happen on flat, fast courses.

In addition to the big races, I’m also excited to try some new things in 2014.  In May of 2014 I’ll be participating in my very first Ragnar Relay — Ragnar Cape Cod — with the Oiselle Team aptly named “Flock Me Like A Hurricane.”  In May I will also be traveling to Spokane, Washington for the RRCA National Convention.  It will be my first time in Pacific Northwest, my first RRCA convention (Hartford Track Club is a RRCA member club) and I’ll also be getting my RRCA run coaching certification to go along with my USAT and USMS certification (lots and lots of random letters).  I get to head back to Pacific Northwest in August (to Bend, Oregon to be exact) for the Oiselle Team Camp.  I’ve never been to Bend, which is a bit of an endurance sports mecca and am incredibly excited to get to train with a group of fantastic ladies in a gorgeous location. 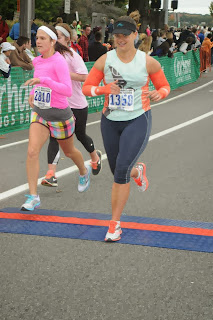 While there will be new events, some things will stay the same.  I will continue to race direct the Greater Hartford 1/4 Marathon, Solstice Sprint 5K and Hogsback Half Marathon.  In 2013 we raised over $10,000 for the Blazeman Foundation, Farmington Village and Library Association and Running for Rescues.  I want to increase those numbers for 2014 and bring my life time total well over $50,000.  With both the new and the old here’s what the schedule looks like so far for 2014 (and obviously new events will be added once I have a better idea what my training looks like): 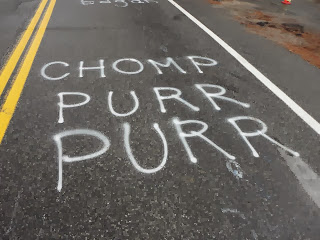 Sounds like you have lots of very exciting plans coming up! I look forward to hearing how you get on! I love that your races are all over the place, that will be so much fun!

I have not yet started planning which races I will do, but I hope to run around 1:13 in a half this year….fingers crossed 🙂

I like your comment about planning too many races. I agree. This year I want to do more trail races and fewer short races. The Northwest is a great area. We vacationed in Bend once and I can see why it’s an endurance mecca. Its a high desert therefore dry. We were surprised to find out that area has one of the highest concentrations of volcanoes in the US.

These are great goals, Kelly. Attainable, yet tough – the best kind. I also like that there is more than one goal, so you don’t have to throw in the towel if you have a bad day.

I age up in April (to 55). My biggest goal for the year is to stay sub-33 at Manchester. That should position me well in my new AG. Secondly, I want to run some fast miles on the track this summer. That, too is a new AG (love these 5-year AG’s). Finally, I always have a “mini-goal” to run well at the HMF 5K in October. I love that course and it’s usually my fastest 5K for the year.

You need to move all the races that you direct to Sundays, so that I can race them. Well, not the Spring Solstice, but the others. I am going to try to make the Wednesday night one this year. It’s a week before my Summer Series starts keeping me busy every Wednesday night.

You should use the Bolton Road Race (3/9/14) for a final tune-up before your Shamrock Half (hint hint)!

Looks like you have a pretty stellar lineup so far for 2014. Can’t wait for Ragnar! 🙂

Sounds like a great year of racing ahead Kelly! I’m also going to race for quality, not quantity for IM Boulder. I really want to have a sub-16 hour race. I am also really looking forward to hanging out with you in Bend in August!