I’ve been involved with triathlon for almost ten years.  Over that time I’ve accumulated a lot of stuff (probably too much stuff).  Every so often I clean out the drawers and the storage bins and end up with a big pile of stuff to give away.  Last weekend I did one of those clean outs and have a bunch of gently used clothes to give away.

Here’s how it works.  Each photo contains a “set.”  If you want the set leave a comment in the blog comments (commenting on Facebook or tweeting me doesn’t count).  One set per person.  First come first served.  Most of the clothes are larges or 10s.  There are a few mediums and maybe and 8 or a 12 in the bunch as well.  No payment is required, I just ask that if the clothes don’t work for you that you pass them on again to someone who can use them.  If you “win” the set I’ll reply to your comment and ask you to send me an email with shipping info.

If you have any questions, ask away.  Here are the sets: 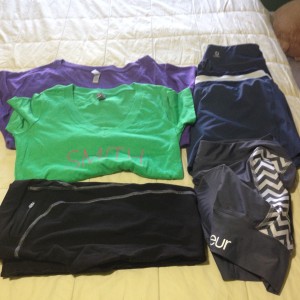 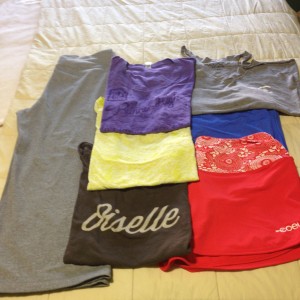 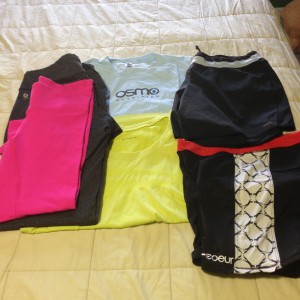 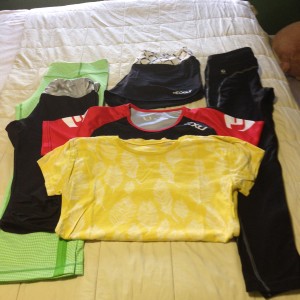 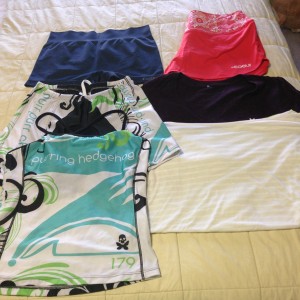 Set 6  — A pair of running tights, a pair of sweat pants, two tee shirts a pair of tri shorts. 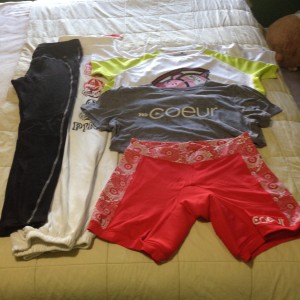 Hi Kelly! This is awesome what you are doing! What size is Set 5 – the Tri Kit and shirts?

Everything in that set in a large.

Its yours. Email me at kelly@sonicendurance.com with your address (and include the set number).

4 is yours. Email me at kelly@sonicendurance.com with your address (and include the set number).

Its yours. Email me at kelly@sonicendurance.com with your address (and include the set number).

Thanks for being thoughtful! I would very much like #5 and if that is taken #3. Thanks from a fellow Athena!

5 is taken. Set 3 is yours. Email me at kelly@sonicendurance.com with your address (and include the set number).

Set 1 is yours. Shoot me an email E, so I have the right address.

I don’t think my first post worked but I would love set 3!

Thank you for this! If there is anything left over, I can take it off your hands 🙂

Did 6 ever get claimed?

I love that you did this. I’m a huge fan of recycling clothes. 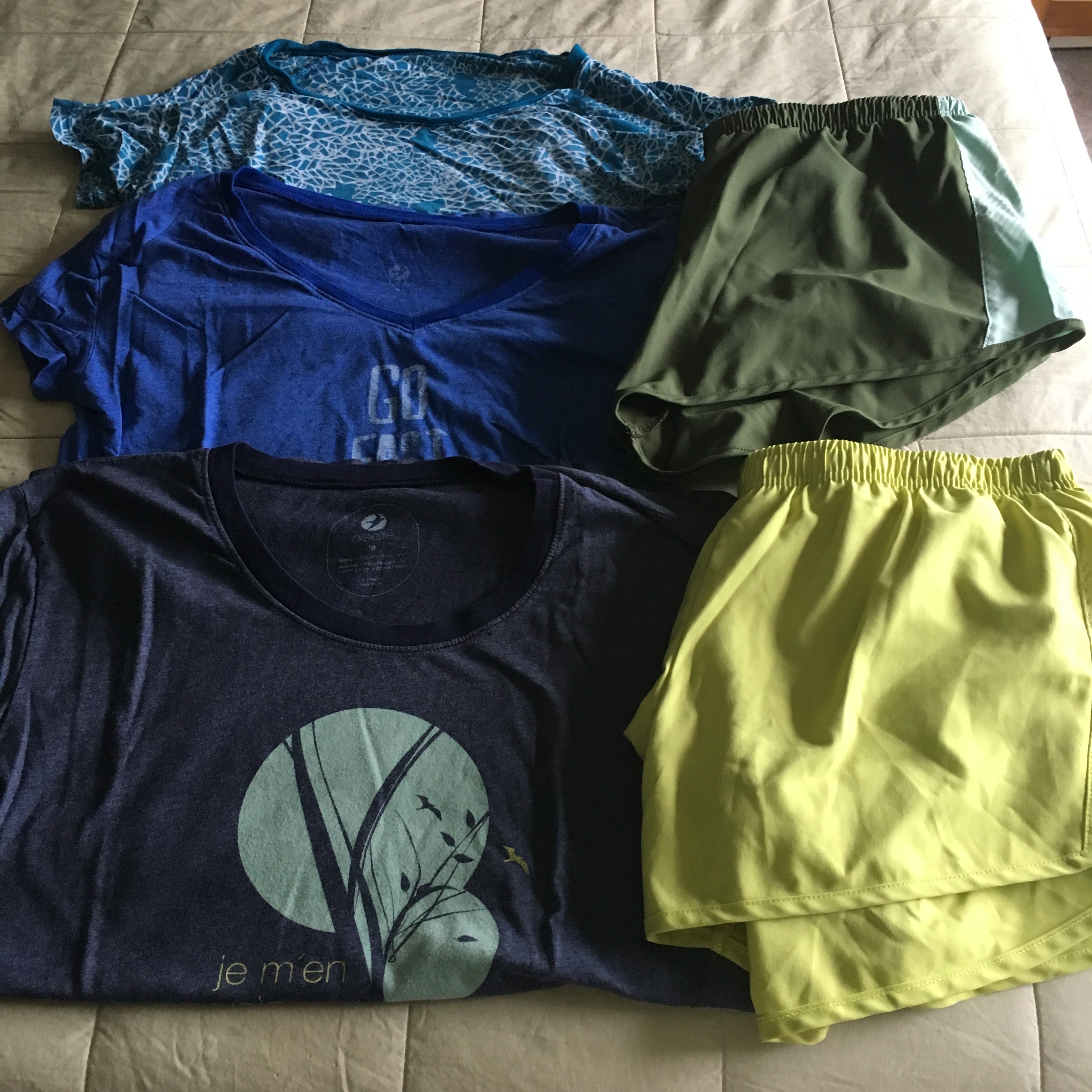 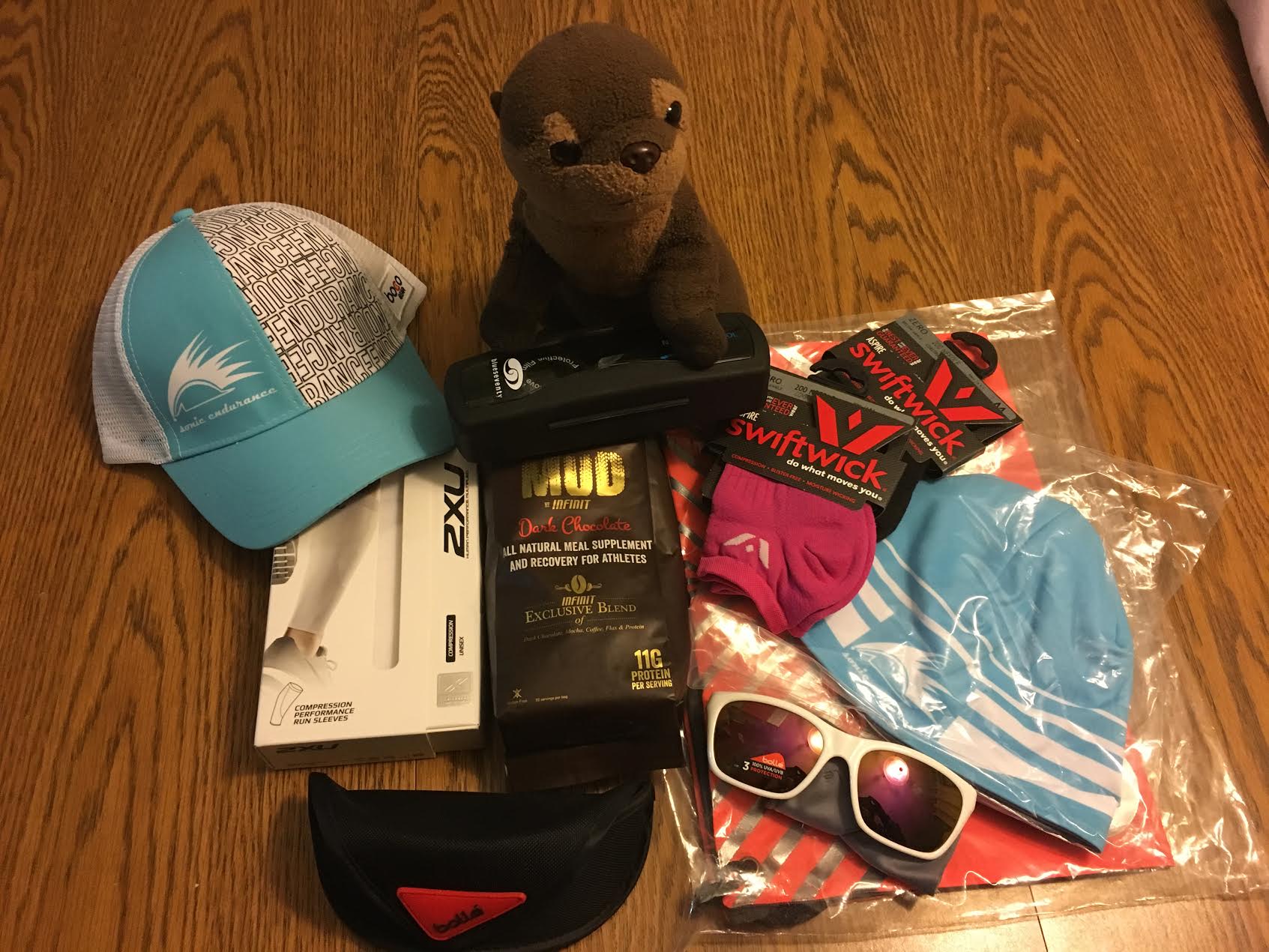