Over the past seven or eight months we’ve been actively working to raise $10,000 for the Adirondack Medical Center via the Ironman Foundation “Your Journey Your Cause” program in memory of Owen.  With Ironman Lake Placid quickly approaching we were creeping towards (and finally exceeded) $9,000. 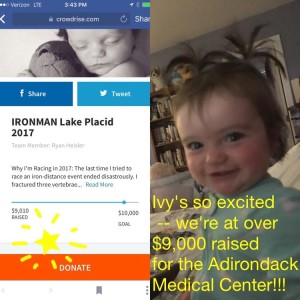 Once we hit the $9,000 mark on Monday things started going gang busters.  We quickly raised another $600 on Monday night and by Tuesday morning we were over $9600.

A little bit of social media promotion and a few well placed emails later and on Tuesday afternoon we hit our goal of $10,000!!! 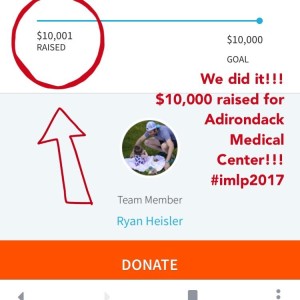 The donations didn’t end there and we’re currently sitting at $10,136. 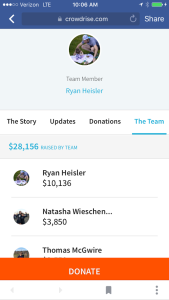 We are so incredibly thankful for all the individuals and organizations who have helped make this journey successfully particularly:

We still have awesome Owen Otter hats and shirts for sale (you can purchase one here) and always we appreciate all donations to our fundraising page here (while we’ve met our goal, we are still trying to make the largest donation possible to the Adirondack Medical Center).