I have a lot of catching up to do blog wise. The past week was a whirlwind — Nashville for three days then the intense 48 hours leading up to the Quarter Marathon. As stressful as it was to be travelling for lawyer work the week of the race, the trip to Nashville ended up being a nice break. For starters it was warm and sunny. After the longest winter ever (as I write this all I can do is think back to the Laura Ingalls Wilder book The Long Winter, yes I’m that big of a dork) it was nice to feel the sun and humid. All three days I was in Nashville the temperature got above 80 degrees with low humidity, pretty much perfect weather.

Here’s the view from the office I was working out of at Baker Donnalson. Bluebird skies and view of LP Stadium where the Tennessee Titans play: 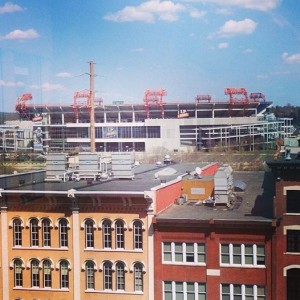 In addition to the gorgeous weather, the food in Nashville is OUTSTANDING. In a lot of ways Nashville reminds me of Atlanta but smaller, more walkable and not quite as sprawling. First night in Nashville we had dinner at South Street Restaurant . We ordered oysters (flown in from Louisiana) and the half BBQ Feast. It was excellent. Our server brought out a massive plate of meat and the chicken was probably the best I’ve ever had. I love real BBQ (whether its North Carolina, Memphis or Texas), I just wish we knew how to do it right in Connecticut. 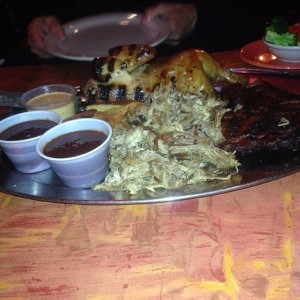 After working hard on Monday and Tuesday, we were able to settle the case late Tuesday afternoon. To celebrate we had dinner at Bound’ry. For the first time in forever I actually had a drink — a very pretty and not too sweet violet mint julep. It felt appropriately southern. For dinner we split three entrees — white marble smoked pork chop, creole shrimp and antelope. I’ve never had antelope before, it was excellent. My favorite, however, was the smoked pork chop. It tasted like bacon on a stick, the highest compliment I can give. 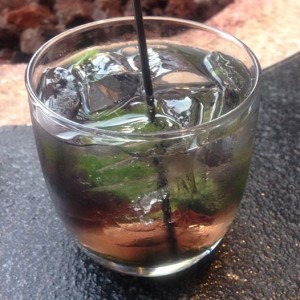 Even better than the restaurants was the running. I was able to get in three runs while in Nashville in and around Vanderbilt, Centennial Park (which included many trips past the 4/5 scale Parthenon in the park) and Music Row. I was wonderful to run in shorts and a t-shirt and the Vanderbilt area is absolutely gorgeous. 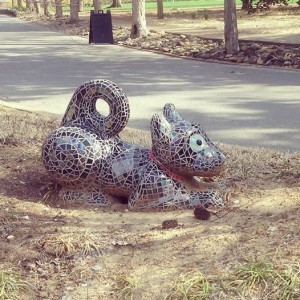 While Nashville was fun, the fact that the case settled meant that I got to head home a day early (late Wednesday night rather than late Thursday night). Booyah! As always, I had to standout at the airport with my bright pink Coeur compression tights. It’s not fun if you aren’t being noticed. 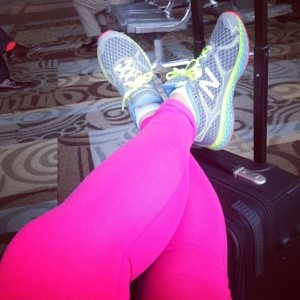 We’re a group of volunteers and opening a new scheme in our community.
Your site provided us with valuable information to work on. You’ve done a formidable job and our whole community will be grateful to you.