Yesterday the twitter sphere was a buzz because the Ironman Lake Placid on-line athlete guide listed the pro-prize purse money as $75,000 paying eight deep (rather than the previously announced and publicized $25,000 paying six deep).

The boys at The Real Starky were beside themselves that their Go Fund Me campaign to bring attention to the ridiculously low prize purse had worked and that the World Trialthon Corporation (“WTC”) increased the prize purse in response.  Me being me, I jumped in to say that the prize purse listing on the ironman.com website remained $25,000 and that the press release that went out to media that same day stated that the prize purse was $25,000.  I was called a wet blanket (thanks Doug).  In order to figure out what was actually going on, I sent an e-mail to Ellie Seifert and Dan Bergland (WTC’s media people) and received this response:

Hi Kelly –  the site was updated yesterday and that change was an error… it has/is being corrected.

So much for them apples (as aside my guess is that whoever was preparing the athlete guides simply messed up, which is plausible seeing that Whistler, which also takes place this weekend, has a $75,000 prize purse, however there are those who think the “mistake” is much more nefarious).

The problem is WTC is a hedge fund managed corporation.  While The Real Starky’s campaign is effective in raising awareness and stirring up a core group of triathletes who tend to be in the know, from WTC’s standpoint it is small potatoes.  As of the time of writing this, The Real Starky’s  Go Fund Me Campaign has raised $4,561 from 171 donors and has a total of just over 1,000 shares on twitter and FaceBook.  While the campaign has generated buzz on message boards, no triathlon related media, yet alone main stream media have reported on it (I need to say I’m disappointed with SlowTwitch on this one — they report on a fight over a spoon at Challenge Roth, but can’t give this a mention). Compare that to the approximately 33,000 athletes who register for WTC’s 140.6 events in North American and generate over $25,000,000 in registration revenue.  I fully support The Real Starky’s agitation and campaign to raise awareness, but until it reaches a critical mass, it is not going to have an impact on how WTC operates.

That raises the question — what can be done to actually get WTC’s attention and improve the pro prize purse?  Recent history suggests that there are three things that get their attention:  (1) Celebrity athletes legitimately competing as professionals in Ironman branded events (let’s call this the Lance phenomenon); (2) Fear of collective action from professional triathletes as a whole (the inaugural KPR phenomenon); and (3) the almighty sponsor dollar.

When Lance Armstrong decided to make a triathlon comeback in 2011 and 2012 (before the USADA investigation and report), WTC bent over backwards to accommodate Lance.  Events that Lance participated in became huge events (look at the Galveston 70.3 in 2012), mainstream media covered long course triathlon, race results and video clips showed up on ESPN and articles appeared in the New York times.  Why?  Not because Lance was dominating (he placed 7th in Galveston, Tim O’Donnell won), but because he was star.  Stars can make demands and effect changes that the rest of us can’t.  In long course triathlon right now there are some big players, but there aren’t any stars.  I think one thing individual triathletes (and their personal sponsors) can do is work to gain popularity and influence (easier said than done, I know).  Look at athletes such as Jesse Thomas, Jordan Rapp and Lauren Fleshman.  They may not be stars on the level Lance was, but they go out and work it to bring notoriety to what they’re doing and to provide their sponsors with return on investment.  Sponsors, on the other hand, can make better use of the athletes with whom they work.  For example, why use fitness models to display products on websites when you have real, live athletes who wear and use your products day in and day out?   Generally sponsors under utilize their athletes and its both parties responsibility to create a relationship that creates buzz.  By creating more buzz around athletes, the athletes gain leverage with organizations such as WTC.

While I’ve discussed this before, athletes as a whole can also effect change if they speak with one voice.  Just look at what happened when the original Kona Points Ranking (“KPR”) was annouced.  WTC, likely fearing a revolt by pro trialthees, asked for, received and listened to input from pro triathletes (Chrissie Wellington was fairly out spoken on these issues).  In this case WTC listened and made changes.  Problem is its really hard to find that voice, especially when there are so many different interests and issues among pro triathletes.  No matter what anyone says, Kona and the quest for KPR points drives the vast majority of professional triathletes.  Many, if not most, sponsors pay bonuses based on qualification and performance at Kona.   Kona is also the one race that receives mainstream media attention in North America.  A single professional athlete, or even a small group of professional athletes boycotting Kona isn’t going to change that or influence WTC’s decision making process.  While I don’t think professional triathletes are ready to speak with one voice (or to collectively bargain), I think it makes a lot of sense for them to at least start talking collectively about issues such as prize purses and KPR.  I’m not a pro, so I can’t opine on the best way to do this but it seems like now is the time to get the conversation started.

Finally, there are the sponsors.  While WTC takes in millions in registration fees, sponsors provide an even larger source of income.  When people get upset about the views or statements of news personalities, the quickest way to see action is to boycott (or threaten to boycott) the sponsors.  I’m not suggesting that triathletes boycott Little Debbie, Timex or Chocolate Milk but rather that pro triathletes reach out to WTC sponsors with two objectives in mind: (1) educating the sponsors about what pro triathletes bring to the table at WTC events; and (2) offering to work with sponsors to maximize their investment.   If sponsors understand the value of pros (and if pros are able to develop relationships to increase that value), sponsors will provide a valuable ally in getting WTC to pay pros commensurate with that value.

I know none of this is easy.  Credit goes out to The Real Starky Boys for working to get the conversation rolling, now as a community we need to work both inside and outside the system for change. 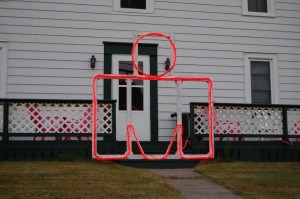 Hi Kelly – you mention the fact that Whistler has a $75k purse, but nobody is mentioning the fact that a lot of pros overlooked that race to go to IMLP instead. I looked up the start lists and there were 13 men and 7 women in Whistler, which means a lot of pros in Canada will get paid + points this weekend. There are 24 men and 12 women at IMLP. This doesn’t mean I think $25k at IMLP is a reasonable purse, but if athletes are REALLY trying to race for money, why aren’t they going to races with bigger purses (and KPR points)? If I was racing this weekend, I know I’d be in Whistler. But the CDA – Whistler – Penticton trifecta was too much for this rookie pro.
-Cathleen

I was talking about this issue just yesterday. I think part of it is logistics. Its hard to get to Whistler. Also I think it has to do with KPR. Both Whistler and LP are P-2000 races. Let’s take Kim Schwabenbauer as an example. She needs to place 1st or 2nd this weekend in a P-2000 race to make the July KQ cutoff. If she misses that, she’s going to need to race again in August (likely at IMMT, which is a P-4000). Being east coast based its cheaper and easier on her body to do the LP-IMMT double than the Whistler-IMMT double.

However, Kim is the exception in this case. She’s one of the few listed who are on the KPR bubble and IMLP is in her region. Whistler is 2 hours from Vancouver and 5 hours from Seattle, both major airports, so the logistics aren’t difficult compared to a non-east coaster going to Placid. I still don’t think $25k at an Ironman is a big enough purse for professional athletes. But when more pros are choosing a race with a $25k purse over a $75k purse, it’s no surprise the WTC will be slow to change.