The last few weeks have been a holding pattern training wise (my knee surgery was re-scheduled for March 14th thanks to insurance so I’m only able to swim and gently bike at the moment).  That coupled with a lot of stress at work and a baby with a nasty cold who can’t sleep through the night have frayed and exhausted both Ryan and I.  Its also left both of us sitting in some emotions that feel unexpected.  When people talk about their new babies the comment “I couldn’t imagine life without him/her” is often made.  We feel that way about Ivy — she’s this incredibly funny, incredibly opinionated little person who we love more than life itself.  What’s tough though is in watching Ivy grow Ryan and I have began to realize exactly what life would have been like had Owen lived — Ivy is our window into imagining what life would be like with Owen as a human. 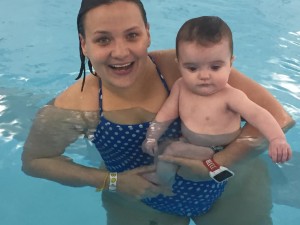 We love Ivy so much.

After Owen’s death we knew that there would always be an Owen sized hole in our lives, but we didn’t know what form that hole would take.  Recently that hole has manifested itself in so many ways.  When out in public with Ivy, the question “is she your first?” is fraught with so many emotions.  If its directed to me, I often answer “she’s my first” and leave it at that.  Even this answer feels like a betrayal of Owen.  He wasn’t my biological child, but I loved him during his short life and continue to love his memory in the form of Owen Otter.  For Ryan its even more complicated.  How do you explain to a stranger or near stranger that your first son passed away as newborn?  How do you handle not only your emotions, but also the inevitable flow of emotion from the person hearing the story for the first time?  Or the attempts to sympathize or empathize that fall flat?  No one expects simple question to evoke so much heartache and yet we deal with it on almost a daily basis. 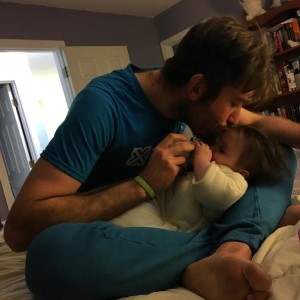 Ryan is the sweetest, most sensitive father.

The Owen sized hole takes on physical manifestations.  Shopping for Ivy we are often confronted with clothes that would fit human Owen had he lived.  In some ways looking at 18-24 month baby clothes gives us a physical representation of how big Owen would be and what he would look like.  A Peanuts St. Patrick’s Day shirt literally left us in tears.  You can only imagine the looks you get in Target sobbing over a little kid’s t-shirt.

The hardest part of all of this is trying to figure out how to navigate the flood of emotions.  Is it ok to still be in mourning? What are we supposed to tell Ivy (and when)?  Are we crazy, depressed or just very sad?  Its all a little exhausting.  Sometimes I feel like such failure because Ryan and I have so many ambitions and some days it feels like too much.  Instead of tackling the world all we want to do is curl up in bed with Ivy and Owen Otter.  Other times I feel like a fraud.  Owen wasn’t my biological son and I don’t deserve to feel the huge sense of sadness that often hangs on me.  The last year and half hasn’t made it any easier (I don’t think it ever gets easier) but hopefully we get better at sharing our love for Owen, honoring his memory and navigating the world around us as it relate to our Owen. 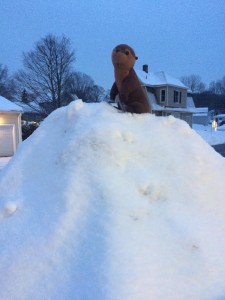 While nothing will ever fill our Owen sized hole, we love #OwenOtter very much.