In mid-June World Triathlon Corporation (“WTC”), the company that owns and manages the Ironman brand secured a $240 million loan.  $220 million of the proceeds from the loan are going to pay dividends to Providence Equity Partners, the hedge fund that owns WTC.   Essentially, Ironman has created $240 million in debt for itself.  Rather than invest the money back into the business,  WTC has made a big payment to its investors.  This leaves WTC in a position where it must continue creating revenue sources to service its debt (thus the soon to be announced Ironman coaching program and, if my instincts are correct, a points based system for Kona age group qualification that will reward frequent racers and racers at less popular / non sold out races).   After some searching I could find exactly two articles on this loan — one in Moody’s and one on the TriathlonBusiness.com site.  This development didn’t even create a ripple in the larger triathlon community (hello, slowtwitch, sleeping at the wheel?).

Conversely an internet campaign by three twitter pundits — @TheRealStarky, @_Dark_Mark and @Pay10Deep — to award a cash prize to the 7th place finishers at Ironman Lake Placid has gained some serious traction (at the time of writing this campaign has raised $3355.00 to be split between the men’s and women’s 7th place finishers, significantly more than the $750 paid to the 6th place finisher — full disclosure I donated $100 to the campaign).   Here’s how The Real Starky describes the campaign:

Ultimate Frisbee. Speed Texting. Crossfit. Competitive Eating. Darts. Arm wrestling. These are all ‘sports’ with bigger prize purses than Ironman, a brand that will profit a self-estimated $45 million in 2014.

First place at Ironman Lake Placid wins $5000. 6th place gets $750. 7th place gets $0. First place is lucky to break even after accounting for travel and lodging costs. Most podium winners will be in the red. What a sport!

The free market has spoken and WTC pays what they must. Some argue that many pros are idiots for not racing events that pay better and pay deeper. That’s a valid point. However, WTC has athletes with championship aspirations held hostage because they must accumulate a certain amount of points to race the 70.3 and 140.6 championships. We endeavor to bring shame upon Andrew Messick regarding WTC’s horrible prize purses.

He’s right on several points — the low prize purses are ridiculous, pros often act against their own financial interests by racing WTC events and that WTC has a stranglehold on pros looking to qualify for Kona or 70.3 worlds.  The Real Starky misses one big point, WTC and Andrew Messick owe all sorts of obligations and duties towards their shareholders at Providence Equity Partners but that they owe the athletes (pros and age groupers alike) absolutely nothing.  Do I personally think it’s in WTC’s interest to pay the pros better and to work towards developing lower and mid level pros?  Yes.  WTC, however, doesn’t agree on this point and right now there are no forces requiring that they sit up and take notice.  While the Real Starky’s campaign is useful in raising awareness about the issue, I doubt it will shame WTC into action.   In fact, recent interviews with Andrew Messick suggest that WTC will re-vamp pro Kona qualification in the near future by eliminating prize purses and points at several races, forcing pros to race in specific races in order to acquire the necessary points (and my guess is that these required races will line up against bigger non-WTC races such as Challenge Roth).

So what needs to happen for WTC to pay better prize purses?  The answer is complicated.  Pros are not a uniform body of individuals.  High level pros, who can demand appearance fees at events and who have large sponsors have very different interests from pros who just got their pro card and are struggling to get into the top 10.  The most direct answer is for pros to unionize and collectively bargain with WTC, but unionization requires that high level pros make some sacrifices.  For a lot of people, that’s a tough sell (take a look at the history of unionization in bigger sports and you’ll see it wasn’t an easy road).  While I think unionization would ultimately benefit all pros, unless some big names starting calling for it, its not going to happen.  Another possibility is for other organizations to start putting on events that can truly compete with WTC.  Rev 3 tried, but it didn’t work.  Challenge is making a run at it, and I hope they succeed, but as Moody’s states in its assessment of WTC’s financial position “due to the high level of brand awareness, Moody’s believes that it would be extremely difficult to displace WTC from its current leading position the world of endurance triathlon.”  Which leads to the final option, pressure from sponsors.  While WTC cares about age groupers entering their credit card numbers at active.com, much of  WTC’s profit margin comes from licensing and sponsorships.  If the CEO of Little Debbie required that WTC pay 10 deep at Ironman Chattanooga, WTC would listen.  Perhaps the key is not shaming WTC but rather lobbying  WTC’s sponsors and educating them on the benefits of a robust pro payment structure.  I’m willing to bet that if big time sponsors get talking, WTC will listen and act. 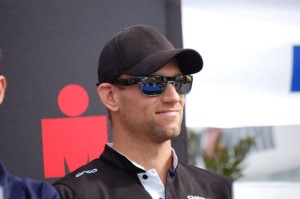 The Actual Andrew Starkykowicz (not the “Real Starky”)

Great points on all accounts. It disappoints me that big names are not paying out the professional athletes who work so hard and sacrifice for the benefit of our sport.