When I moved back to Connecticut from Georgia in August of 2005, I had begun to take running seriously, or at least seriously for me and I wanted to join an organization that would help me further my interest in the sport.  After some googling, I discovered the Hartford Track Club and sent an e-mail to Peter Hawley telling him that I was interested in the club and asking if I could help out.  Peter responded that the club needed a new treasurer and after attending my first board meeting in September of 2005, I was appointed to the position (in retrospect I don’t think Peter fully knew what he was getting himself into when he asked me to join the Board).  When I accepted the position in the fall of 2005, I had no idea about the history of the organization or the opportunities I would be presented with.  Over the past seven years, I was given the opportunity to found and direct the Solstice Sprint 5K and the Greater Hartford 1/4 Marathon, to direct the Hogsback Half Marathon, to develop a scholarship program for runners from Connecticut high schools and to make over $20,000 in donations to charitable organization such as the Blazeman Foundation.  Now that the Hartford Track Club will be celebrating its 50th Anniversary in September of 2012, I have been given the opportunity to plan an anniversary celebration honoring the Hartford Track Club and it members. 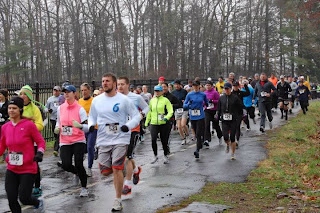 ﻿
Before the details of the celebrations, a little history.  The Hartford Track Club was formed in September of 1962 by charter members Charley Dyson, Bill Smith, Willie Gagnon, Bob Bamberger and Don Pirie.  In December of 1962, the club organized  the “Holiday 6,” its first race. This race was held annually at Kenney Park in Hartford and attracted fields of up to 30 runners. In the late sixties, the race was moved to Goodwin Park and became the forerunner of the annual Joe Vailonis 10K, which now takes place on New Years Day. 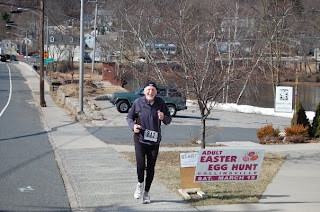 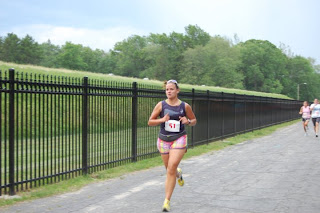 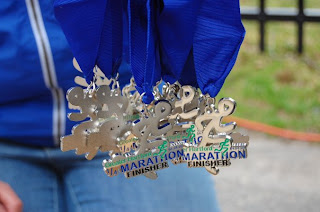 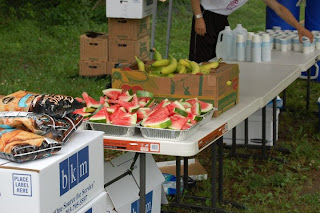 Hogsback Half Marathon – 9 a.m. The half marathon will begin at 9 a.m. and the course will be open for three hours.  Both the race shirts and the finisher medals will be special “50th Anniversary” editions and all runners are invited to our post-race 50th anniversary celebration.  Runners can register online here or can down load a paper application here.

Family 1/2 Mile Race – 11:15 a.m.  There will be a 1/2 mile fun run across the Goodwin Dam.  No registration is required and all children who participate will receive a special finishers award.

Awards & Recognition Ceremony – 11:30 a.m.  The Hogsback Half Marathon awards ceremony will begin promptly at 11:30 a.m.  In addition to awards for the overall and age group winners of the half marathon, we will also be recognizing and presenting awards to the Hartford Track Club’s founding members and individuals who have been members for 25+ and 10+ years.

Raffle – 12 p.m.  After the awards ceremony, we’ll have some great prizes to raffle off.  If you or someone you know would like to donate a raffle prize (you’ll receive recognition on our website, Face Book Page and at the event) please contact me at kaburns1214@gmail.com.

I hope to see lots of familiar faces on September 22, 2012 to help the Hartford Track Club celebrate 50 years of running in Connecticut.