It has been an up and down kind of week — lots of really good news coupled with some really bad news. 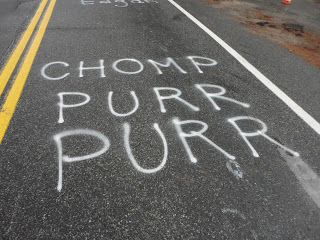 Bad news first, I will not be able to race Ironman Mont Tremblant.  In early June I started to have pain in the bottom of my foot between the second and third metatarsal (I’m one of those people with Mortons toes, meaning my second and third toes are longer than my big toe).  It felt as if there was a blister deep inside my foot that wouldn’t go away.  I went to see the podiatrist a few weeks ago and he thought I had some type of deep tissue trauma due to wearing (very cute) high heels and told me it should go away all by itself.  That didn’t happen.  The “blister” I felt exploded and left me with a hole in my foot (I have pictures, you probably don’t want to see them) reminding me of the hole left by a pink worm in The Ocean at the End of the Lane — if you don’t know who Neil Gaiman is, google him, he’s awesome.  I was in an incredible amount of pain and was able to get an emergency appointment with the podiatrist this past Monday.  Come to find out I have a tiny object of some sort embedded in my foot and need it surgically removed.  I asked about Mont Tremblant and was told flat out that it would be a horrible idea.  So, instead of driving to Canada on August 14th, I will be having an outpatient procedure to remove a small scoop of my foot.  Good news is the recovery time is minimal and I should be able to run within a week of the procedure.  Bad news is there will be no purr purr chomp for me in Mont Tremblant. 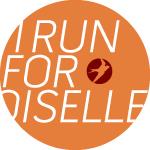 Now for the actual good news (part one).  I was selected to be a member of the Oiselle Volee Team for 2013-2014.  The team is comprised of 150 women runners from across the United States and Canada who adhere to what has to be one of the best manifestos I have ever read (its even called “Principles of Flight,” which is just plain awesome).  I can’t even express how excited I am to be able to run with such a fantastic group of women and represent such a great brand.

And in good news (part two), I was also informed this week that I was selected as a member of the 2013 Elite Inspiration Team for the Hartford Marathon and Half Marathon (I will be running the half marathon).  Selection to the eight member team was based on positive contributions to the running community.  Big thanks to Scott for nominating me (hooray)!  Its really nice to be recognized for all of the work I’ve done as a race director / volunteer / mentor over the past eight years.  The best part of this is that I’ll be featured in New England Runner Magazine.  I hope I can live up to everything this selection entails. 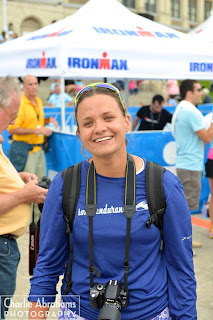 Congrats for the nomination and selection!! And as I said before, the foot surgery is a short-term set back, but a major help looking forward! I might do IMMT next year if you’re going to give it another try in 2014.