I write regarding the July 17, 2013 article in The Hartford Courant entitled “Southington Police Review Complaints about Speeding Bikes.”  In the article, you discussed recent complaints about “speeding” cyclists on the Southington Linear Park and expressed your concern for walkers on the Linear Park who “trying to get away from a speeding bike, might feel like a squirrel on a highway.”  While I understand your concern for walkers on  Linear Park, concerns should not be limited to the problem of “speeding bikes.”

To provide you with some background, I am a resident of Plantsville and live approximately a half mile from the Linear Park.  Over the past few years I have spent hundreds of hours and run thousands of miles on the Linear Park.  In the past, I used the Linear Park for easy bike rides, however in August of 2012, I had a crash on the Linear Park because a boy decided to have his dog pull him on the his skateboard.  When the dog saw my bike it lunged at me, pulling the boy on the skateboard along with it.  I swerved to avoid the boy and dog but collided with another bike resulting in a separated shoulder and a ruptured IT band.  Since then I have avoided riding my bike on the Linear Park.  Given my experience with the Linear Park, I would like to offer a few suggestions on how to make the Linear Park safer for all users:

1.  Enforce bike helmet laws.  Connecticut state law mandates that anyone under the age of 16 wear a helmet (I strongly advocate that all cyclists should wear helmets at all times).  On any given weekend there will be dozens of children (most of the time with their parents) on the Linear Park riding their bikes without helmets.  Helmets prevent traumatic brain injuries, which can occur at speeds as low as 7 or 8 miles per hour.  A few hours of an officers’ time issuing warnings to parents who allow their children to bike without helmets and educating both children and adults about the importance of wearing helmets whenever they get on a bike is money well spent.
2.  Educate all users about the “rules of the road.”  Labeling cyclists as the problem is unfair when many users of the Linear Park (including both cyclists and non-cyclists) do not observe proper etiquette.  The Linear Park works like a road, you keep to the right and move to the left to pass.  Many people do not seem to understand this and walk, run and cycle “against traffic.”  Others walk or run 3 or 4 abreast making it impossible to pass.  Still others seem oblivious that there is anyone else on the Linear Trail other than them (the most flagrant example of this are adults teaching their child to ride a bicycle who are running 200 yards behind the small child who is swerving all over the place with no control of the bike; I have personally caught several children as they were about to fall).  While there are some basic rules posted near the Center of Plantsville, these rules are in small print and are easy to miss.  It would help to paint a center line down the trail and to have “stay right” arrows painted on the ground reminding all users not to meander all over the trail.  It would also be useful to educate walkers and joggers on cycling terms.  When a cyclist calls out “on your left” it means that the cyclist is passing the pedestrian on the pedestrian’s left.  I have called this out several times only to have people step and turn to their left directly in my path.  Having informational signs, posting articles in the local paper or even coordinating a “bike rodeo” could go a long way to helping educate residents.
3.  Speed limits on the Liner Park are not the answer.  “Speeding” and “fast” are relative terms.  Any cyclist traveling at more than 5 miles per hour is going to seem like “speeding” to a parent pushing a stroller.  While it is never appropriate to “race” on the Linear Park, what is appropriate at 5 a.m. when the Linear Park is empty is very different than when the Linear Park is crowded during a weekend late morning.  I think the better idea is to ask bikers to use judgment and caution and to ask walkers and joggers to be aware that this is a multi-use trail.  If everyone spends a few seconds being considerate of others, it will go a long way to making everyone feel safer.
4.  Remind Southington drivers and cyclists that bikes are vehicles.  I ride my bike a lot and I have spent a lot of time on Southington’s roads.  When I ride my bike, I observe the rules of traffic, stay right, signal my turns and function as if I were driving a car or motorcycle.  I do this not only because it is the safe thing to do, but because its required by Connecticut law.  Under the law, bikes are vehicles and are entitled to the same rights and responsibilities as automobiles.  I cannot count the number of times I have been subjected to cars swerving at me, vehicles passing me quickly on the left only to turn right in front of me and drivers shouting profanity out the windows because I dared to ride on “their” roads.  I have also seen numerous cyclists bike through red lights and stop signs at busy intersections, ride opposite traffic and ride 3 or 4 a breast blocking traffic.  Both drivers and cyclists need to be reminded that bikes are vehicles, they are entitled to be on the road and that cyclists must follow the same rules of the road as automobiles.  Working to develop a better relationship between drivers and cyclists may allow more cyclists to feel that it is safe to venture off of the Linear Park and onto the roads.

Bicycle safety and access to recreational facilities for all members of the public are very important issues to me. I would love the opportunity to be able to discuss these issues with you in greater detail.  Please let me know if it would be possible to set up a meeting in the near future. 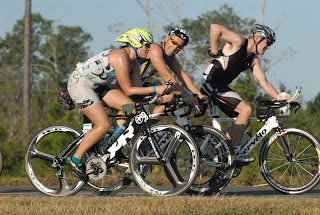