In Part 1 of this series, I explained the rules for Pro qualification at Ironman Kona.  In Part 2, I’m going to look at specific examples of how Female Pros actually qualified.   A few caveats; first, the rules, points available at certain races and the allocation of points within a race changes every year.  I try to point out whenever there is a material difference.  Second, the absolute best resource for tracking pro qualification at Kona (and for all things triathlon statistics related) is Thorsten Radde’s Blog.  His blog is fantastic.  Check it out.  If you are really interested in KPR and Pro qualification I would also encourage you to subscribe to Thorsten’s KPR Observer.

Galveston 70.3 -0 KPR Points (7th Place– this score was bumped due to other, higher scores)

Jennie’s 2013 qualifying season started slow but she picked up steam with a 2nd Place finish at Ironman Texas.  Despite winning Ironman Lake Placid (a P-1000 race) she did not have enough KPR points to be a July qualifier.  Three weeks after Lake Placid she raced Ironman Mont Tremblant (Tremblant was a P-4000 race in 2013, in 2015 its a P-2000 race), placing 6th and picking up the points needed for August Qualification.  Six weeks after Mont Tremblant she raced Kona, finishing in the top 20 overall.  Three 140.6 races took its toll on Jennie and she dealt with fatigue issues throughout the 2014 season, as she recently said “it was easier recovering from a triple hip fracture than from 3 IMs in 9 weeks.” 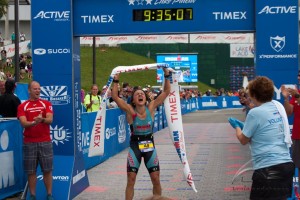 In 2014 Sara had a slow start to the season with a string of DNFs.  She turned things around with her win at Ironman Brazil (in 2014 Brazil was not a regional championship) but didn’t have enough points to make the July cutoff.  She then raced and won Ironman Mont Tremblant capturing 4,000 KPR points (Tremblant was a P-4000 race in 2014, in 2015 its a P-2000 race) and securing her place as an August qualifier.  While racing 3 140.6 distance races in 4 months secured her a place on the Kona starting line, she was disappointed with her result.  She DNFed the race, where in her words she “ran out of gas” on the marathon. 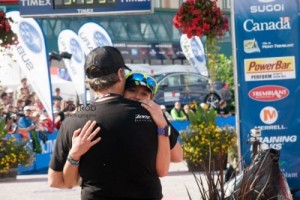 Rachel’s second place in Kona in 2013 provided her with enough KPR points to comfortably qualify for Kona in 2014.  Even though she had more than enough KPR points she still needed to complete a “validating” race.  She did that by winning Ironman Cozumel in December of 2013, securing her place in Kona.  Her second place finishes at Kansas and Boulder were icing on the cake giving her a total of 10,240 KPR Points and 1st place in the KPR rankings. 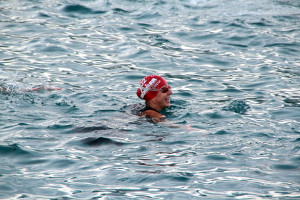 Rinny was the 2014 (and 2013) Kona Champion because of this all she needed to do to qualify for Kona in 2015 was to “competitively race” a validating race.  She did that at Ironman Melbourne in March and is officially qualified for Kona in 2015. 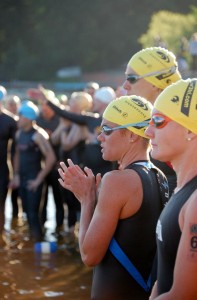 Mel won Ironman Melbourne, because Melbourne is a Regional Championship (along with South Africa, Texas, Brazil and Frankfurt), Mel automatically qualifies for Kona in 2015.  Even though 4,000 KPR points would not be enough points to qualify a non-Regional Champion for Kona, she doesn’t need to do anything else to get to the Big Island.

Angela Duncan (Naeth) – Did Not Qualify 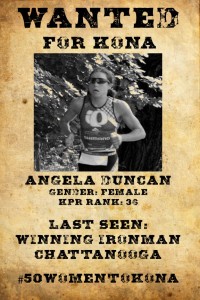 Mont Treblanc jumps out as a common thread for everyone who doesn’t make July qualifying. Would be interesting to look at the depth of its pro field, by gender, and Kona qualifying status, and then how those folks do at Kona.

Two thoughts — (1) IMMT is no longer the North American Championship so there won’t be a late august point bonanza this year (doesn’t mean there still won’t be issues with over racing); and (2) More to your point, anecdotally look at Jennie and Sara both busted their asses at IMMT and both didn’t have the Kona they would have liked.

It seems pretty clear that with the exception of the ladies that win the big events and no longer need to chase points, the majority of the women racing are incredibly fatigued. I think Rinny is an amazing athlete…but would there be more competition if the women weren’t so fried just trying to make it to the start line?