Sometimes things in all aspects of life can pile up at once — work, coaching, race directing and training.  That’s where I’m at right now.  I was in Nashville, Tennessee for a work for a week in the middle of March and once I got back home I was hit hard with a chest cold / flu.  So I spent four days out of state followed by five days in bed trying to keep my head above water.  Not fun at all.  I’m still dealing with the remnants of being sick (I have a nasty cough I can’t shake) and am looking at a very busy April.  Here’s how it rolls outs:

I’m leaving for Nashville on March 31st and flying back to Hartford late on April 3rd.  Right now lawyer work is crazy.  With ligation its almost always feast or famine and right now its feast.  I have several cases that are in need of constant attention, one of which requires travelling to Nashville.  The work is interesting and I love doing it but I also love the routine of being home.  Travelling disrupts routine, makes it hard to get my training in and difficult to find places where I can eat. 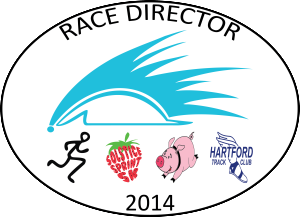 When I get back early packet pick up for the Greater Hartford 1/4 Marathon on April 4th, the race itself on April 5th.  Because I’ll be gone all week I’m trying my hardest to get everything done for the race this weekend including lots of baking (cookies, brownies, cupcakes, rice krispie treats and muffins), sending pre-race instructions to all runners, bib tags and numbers, unwrapping medals, sorting race shirts, purchasing race day supplies (water, cups, oranges, bananas and napkins), making sure all the third party vendors (timing, port a potties and buses) are set, ensuring we have enough volunteers, finishing stuffing eggs and assembling raffle prizes and awards and answering any outstanding athlete questions.  Race week is always crazy and its even crazier as I’ll be out of state.  Shaun is picking up a lot of the slack (as I type this he’s out at Target getting aluminum pans for cupcakes and a new dust buster because I destroyed the last one with a massive kitchen mess) and we have other volunteers helping out but being away makes me nervous.  The 1/4 Marathon is the biggest event I direct all year, I take pride in the fact that the runners have a great experience and that we raise several thousand dollars for the Blazeman Foundation and I just want to make sure it rocks.

The weekend after the 1/4 Marathon is the One Run for Boston.  I’m captaining the stage from Bridgeport, Connecticut to Milford, Connecticut.  We’re supposed to run from 6:30 a.m. until 8 a.m. on April 12th, however, in 2013 the relay was running about 4 hours behind by the time it got to Connecticut so I’m not sure of the exact departure time.  So far I’ve raised $316.20.  I’d like to be over $500 by the time the relay reaches Connecticut.  Then the actual Boston Marathon is on April 21st.  I’ll be heading up to Boston with the Hartford Track Club marathon bus.  It’ll definitely be emotional to be back in Boston for the marathon and I’m glad I get to be a part of it even if its in a volunteer capacity.  I’m really excited about April but I’m also hoping that I make it through in one piece.  Sometimes I do bite off more than I can chew and I’m lucky that I have Shaun to help out (whether he wants to help or not). 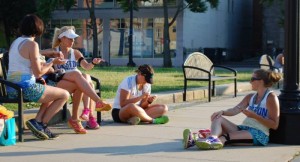