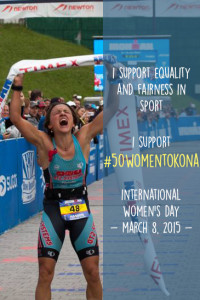 When the Ironman / LifeTime Fitness Board of Advisors met in Tampa, Florida during the first week of February several members of the triathlon community, myself included, sent a letter to the board members asking them to consider the question of equal slots for female pros at Ironman World Championship races.   On February 9, 2015, the letter was made public and was subsequently signed by hundreds of people including first time triathletes, professional triathletes, multiple time world champions, sponsors, coaches, media outlets and pundits.  The list of supporters was overwhelming in both size and diversity. 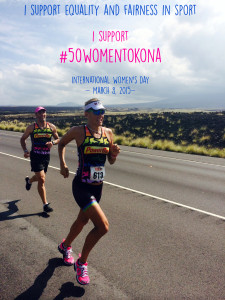 Due to the circulation of the letter, individual members of the Board of Advisors brought the topic up to the group and spent time and effort educating their fellow board members on the issues surrounding equal slots for female pros at Ironman World Championship races.  When the Board of Advisors attempted to vote on the issue, they were informed by Ironman that the issue of equality at Ironman World Championship races was not an issue for the Board, but rather an issue for Ironman and Ironman alone. 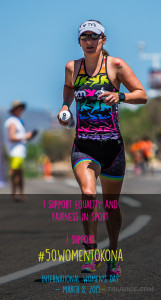 The issue of  equal slots for female pros at Ironman World Championship races is not over.  Hundreds of stakeholders have publicly voiced their support and change will come.  As today, March 8, 2015, is International Women’s Day we’d like to remind Ironman that 35 does not equal 50.  In recognition of International Women’s Day, we ask that you take to social media — to Twitter, to FaceBook, to Instagram, to Snap Chat — and voice your support for equality and fairness in sport and #50WomentoKona.  Its 2015, its time for equality. 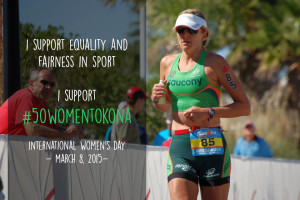 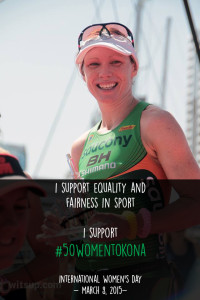 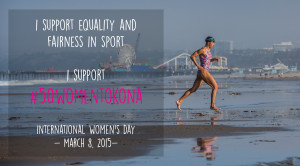 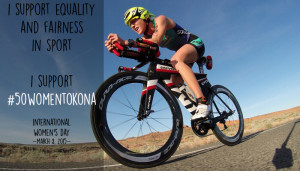 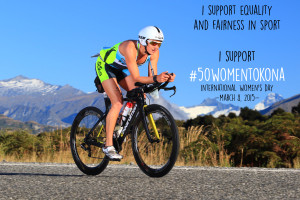 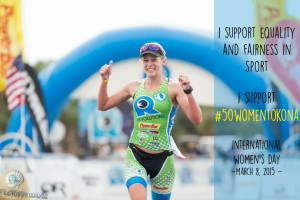 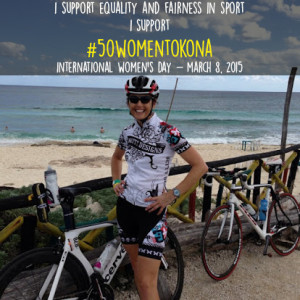 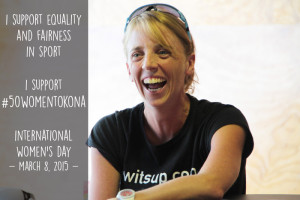 The puzzling thing is that the race director of IMHI is a woman!! Diana somebody. What’s her deal in all of this??? 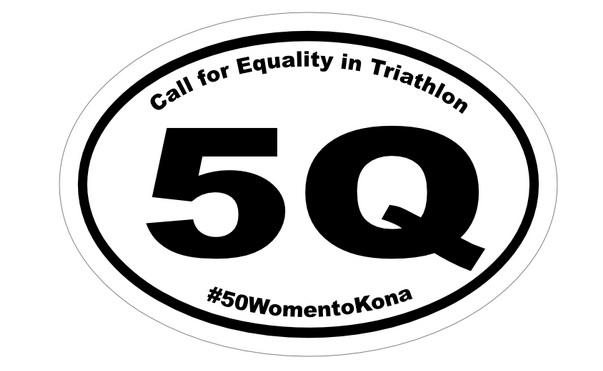 An Open Letter to the Women for Tri Board

Dear Women for Tri Board of Directors: I write regarding the announcement that three of your members will be participating in Ironman Kona in 2015.  Specifically: After conducting national research to determine the greatest barriers Read more… 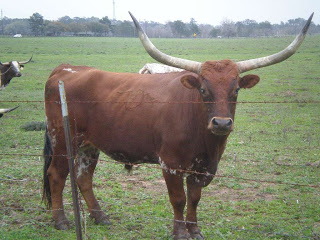 The Question of Civility in the Debate Over #5Q