Its December 31, 2011 and I’ve officially completed all of my training for the year.  Numbers wise its been a pretty huge year (both for training and for racing).

On the racing front, I’ve participated / competed (pick your verb) in 3 5Ks, 3 Half Marathons, 3 Olympic distance-ish triathlons, 2 half iron distance-ish triathlons and 2 full iron triathlons.  I’ve raced in 5 states (Connecticut, Massachusetts, New York, Maryland and Florida) and gotten away without paying a bike bag fee on Southwest twice (once flying to Florida and once flying back to Connecticut — we made three trips to Florida this year).  I had personal records at pretty much every distance I raced — the 5K, the half marathon, the Olympic distance triathlon and iron distance triathlon.  I would have had a PR at half distance at Chesapeakeman if not for the strange distances (a 67 mile bike and a 10 mile run).  I had a solid Lake Placid and an even better Florida and learned that not only can I run off the bike, I can run better than I swim and bike (my swim definitely needs to be worked on in 2012).  Most importantly I learned that hard work pays off and I’m looking forward to continuing to improve in 2012.

On the training front, I put in a total of 843 hours training (yes, this really is a part time job).  462 hours of biking, 193 hours of running, 100 hours of swimming, 18 hours of strength training and 70 hours of yoga (on top of this there were 25 hours of massage but I don’t think I can really count that as training).   I biked a total of 7785 miles or about the distance from Hartford, Connecticut to Stellenbosch, South Africa.  I ran a total of 1280 miles or the distance from Hartford to Key West, Florida (which incidentally has a rather interesting New Years Eve Celebration during which Sushi, a local drag queen celeb, is lowered from a Duval Street balcony, riding a huge high-heeled shoe).  I swam 190 miles or the distance from Hartford to Portland, Maine (land distance not water distance — that one doesn’t feel quite so far as to other two).   Probably didn’t swim enough but that’s something to work on in 2012.  All in all I’m proud of my year and looking forward to big things in 2012. 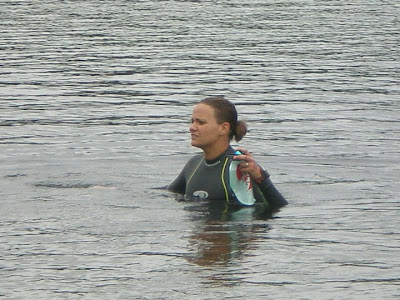