As much as I write on an every day basis (for lawyer work, on twitter, on Face Book and here on the blog), I sometimes find myself at a loss for words.  I consider myself to be very good at writing about what I am thinking or my opinions on things around me (which are many and often very strong).  I find it hard, however, to write about things that are really personal to me.  This falls into the personal bucket.  About a month ago I reached a call from the legendary race director Robert Vigorito (better known to the triathlon world as “Vigo”).  Vigo told me that I had been selected to wear the number 179 at Challenge Atlantic City, the very first Challenge Family race in the United States.  I was completely overwhelmed by the news.  For those who don’t know in 2005 Jon Blais was diagnosed with Amyotrophic Lateral Sclerosis (more commonly known as ALS or Lou Gehrig’s disease).  ALS is a degenerative nerve disease that rapidly progresses causes muscles spasms, weakness, atrophy and eventually death.   There are no effective treatments or cures for ALS.  Despite the diagnosis, Jon, better known as the Blazeman, toed the starting line at Kona in 2005 and rolled across the finish line in 16:28:56 — becoming the only person with ALS to complete the distance.  Jon’s Kona bib number was #179. 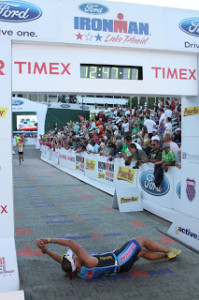 Back in October of 2005, I wasn’t even involved with triathlons.  I had just finished law school and was about to have surgery to reconstruct my left ankle.  After ankle  surgery, I decided that I need to cross train so I purchased my first road bike and finished my first triathlon in August of 2006.  As I was basking in the glory of my first 70.3 finish in the fall of 2006, Jon was back in Kona, but this time in a wheel chair.  One year after his roll across the finish line, Jon could no longer walk.    While Jon could not race, Brian Breen, who had seen Jon’s story the previous year wore the number #179 and raced in Jon’s honor.  Jon did not live to see another Kona, passing away on May 27, 2007.  Jon and Brian, however, started a chain of athletes who have since worn #179 to both honor Jon’s memory and raise awareness about ALS.

I learned about Jon during the winter of 2007.  Sitting on my trainer during the cold Connecticut winter, I would watch old Kona broadcasts.  One Saturday I watched the broadcasts from 2005 and 2006 in succession (if you have never seen these broadcasts you can check them out here and here — they are very much worth the watch).  Sitting on my Quintana Roo Tequilo I was drawn in by Jon’s story and his perseverance.  By the end of the broadcasts, I had tears running down my face.  If Jon could complete Kona with ALS, I just had to be able to do something to help.  I knew I could write a check, but I also knew I could and should do more.  That spring I e-mailed Jon’s sister Jennifer Murphy pretty much stating “Hi, I know you work at UConn and I am organizing a race in Connecticut and would like for the proceeds to benefit the Blazeman Foundation, do you think we can make this work?”  Jen responded enthusiastically.  Through those first e-mails the relationship between the Blazeman Foundation and the Greater Hartford 1/4 Marathon was born. 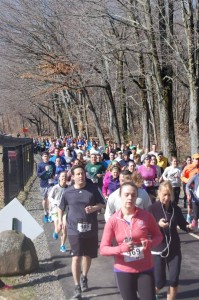 Since 2008, we have raised over $40,000 for the Blazeman Foundation.  Not only have we been able to raise funds, we’ve also been able to raise awareness.  Each year Jen and Jon’s parents Bob (B-Dad) and Maryann (B-Mom) come out to the race.  It is our annual ritual to have B-Dad speak to the runners before the start.  Each year B-Dad’s words move the crowd of runners first to silence and then to tears.  There is not better example than the work of Jon’s family through the Blazeman Foundation of what a small group of dedicated individuals can accomplish through perseverance.  Thanks to work of Jon’s family and the fantastic volunteers who help every year, the 1/4 Marathon now attracts runners from all over the east coast, many who had their lives personally touched by ALS. 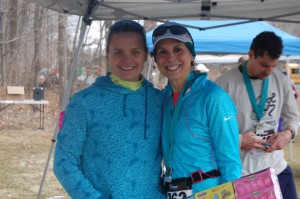 Now for the personal part — raising funds and awareness for the Blazeman Foundation and the war on ALS has become more than just something I do, it has become part of who I am (heck the kits for Sonic Endurance even sport the #179 — which you can kind of see in the picture below).  Very rarely in life do we have the opportunity to play a role in something truly meaningful.  My work with the Blazeman Foundation has allowed me to do this.  While my piece is small, to me its incredibly important.   When I learned that the opportunity existed to apply to wear #179 at Challenge Atlantic City,  I was beyond excited to apply.  I am even more ecstatic at being chosen to wear #179.  It is truly at honor to be able to take a place in a line started by Jon in Kona in 2005, passed on to Brian Breen in 2006 and carried on by athletes from all walks of life, all in support of something bigger so others may live.  I only hope that I can live up to the honor when I two the starting line at Challenge Atlantic City on June 29, 2014. 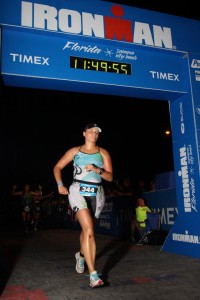