When I woke up on Monday morning (actually when I woke up for the second time — Ivy was up at 1:30 a.m. but I didn’t check my email during that particular late night frolic) I found the following note from my coach in my Training Peaks account: 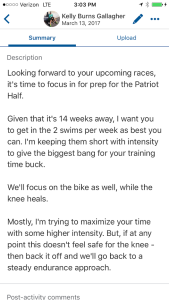 Sometimes a note can kick you in the ass.

Did I read that correctly?  Fourteen weeks until I attempt 70.3 miles.  The first thought through my head was “I’m such a bad athlete.”  I’m fat, out of shape, not really running due to on-going knee issues and not communicating well when I run into issues (which happens way too often).  The second thought(s) through my head was in the past 6 weeks I’ve traveled to Tulsa and Louisville, worked way too many 10+ hour billable days, partially tore my MCL,  had a sick baby with a never ending cough, dealt with what feels like a never ending sleep regressions, planned a fundraising event for #OwenOtter, planned the Greater Hartford Quarter Marathon, had te temperature drop to be super cold and then dump a ton of snow on the ground and been generally miserable due to both mental and physical exhaustion.  Woe is me.  So.  Many.  Excuses.  (And not enough credit given to Ryan for putting up with me and my moodiness). 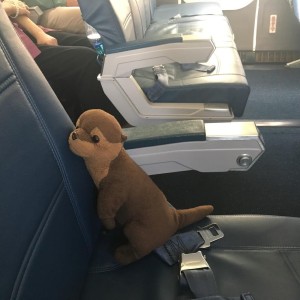 Owen Otter thought he’s have his own seat on the flight to Louisville. He was wrong.

In reality life in the post-baby, back to work world has not been easy.  I do work a lot.  Scheduling with Ivy is hard.  My knee is giving me a lot of problems even though I’ve been able to avoid surgery.  I am tired (a lot).  The real question is not whether I’m a good athlete or a bad athlete or a fat athlete or even an athlete at all.  The question is not whether I have a good (or not so good) excuse for missing workouts and slacking in general.  The question, I think, is what am I going to do with the next fourteen weeks?  The answer?  I’m going to try. 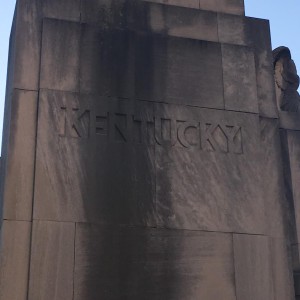 I actually ran in Kentucky (and I took this picture to prove it).

While I will complain that my biggest limiter is my weight, in reality my biggest limiter is my lack of consistency.  Once upon a time when I was training consistently my body just knew what to do.  I could be mentally or physically exhausted (often both at the same time) and doing my workouts would be like auto pilot.  I just got them done when I needed to.  I don’t have that anymore.  Newton’s First Law tells us that a body in motion will stay in motion and a body at rest will stay at rest (hooray, inertia).  Right now I am predominantly a body at rest.  Getting started, taking that first step, is really hard. 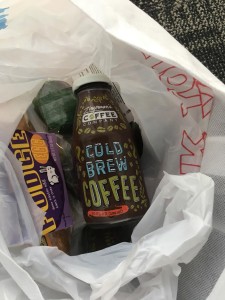 My coffee consumption has become excessive (and who can pass up Zingermans)?

Over the next fourteen weeks (or a little less than fourteen weeks), I have 98 opportunities to leave my self loathing and pity party behind and do the training.  I got it done for the last three days (I’ll hopefully make it four in a row tonight on the treadmill — we’ll be experimenting with YMCA babysitting) and I have another ninety-something days to go.  While the big picture looks daunting, I need to remember to take each day as it comes.  All I can do is try and see what I can do on June 17, 2017. 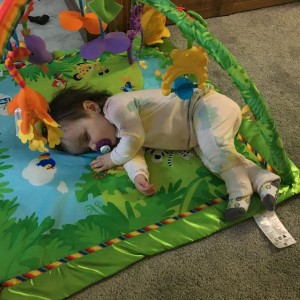 I wish I could follow Ivy’s example and nap a little more often.